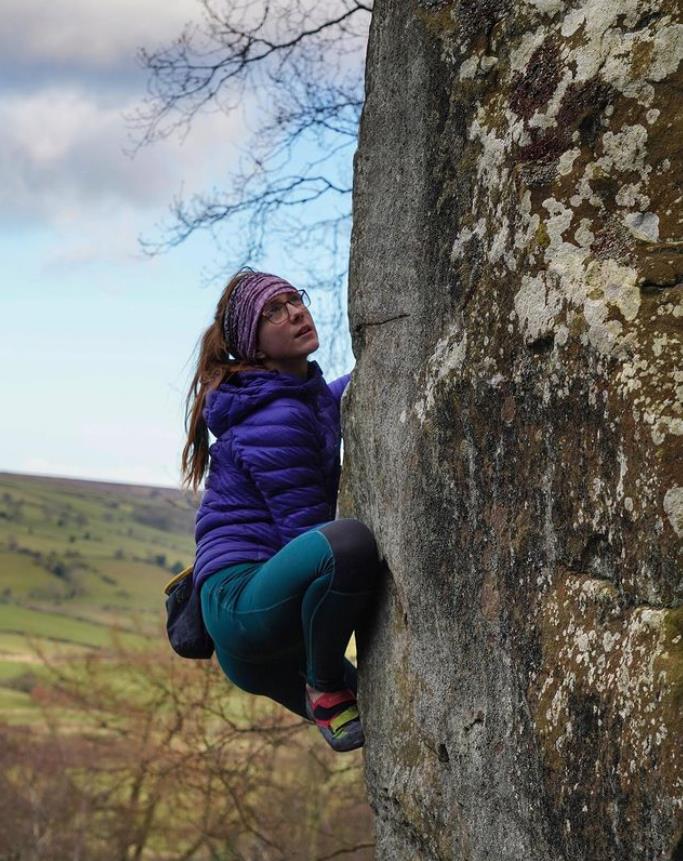 Talyor was in the news last year for her self-propelled, solo Classic Rock round. Since then she has been notching up some hard blocs in the Duddon Valley in the Lake District including Alien Ant Farm (V10/Font 7C+) at Wallowbarrow Gorge and War Machine V11/Font 8A at Stonestar Crag as well as an impressive solo ascent of Lake’s slate classic, Ten Years After (E5 6a) on the Main Wall in Hodge Close Quarry.

Working the route on a top rope before committing to her solo ascent, Talyor described the process of firstly working Psykovsky’s Sequins and then committing to the solo:

“I always find the time between the last practice burn and the start of the solo/headpoint go on routes like this, pretty torturous. Everything’s right and you know you’re inevitably going to end up going for it, but you still need to find the willpower to actually commit and step off the ground. All the doubts and “what-if” thoughts seem to amplify massively in those last few seconds, but then you pull on, hopefully go into autopilot, and suddenly it’s all over with. Total case in point with this climb, as in many ways the crux was just leaving the floor and accepting that once I did there was no going back, (though I had picked out exactly which branches I was going to try and grab on the way down…). Moors climbing is definitely an acquired taste, but I’m psyched for more!”

Psykovsky’s Sequins is written up in Cookson’s North York Moors guide as H8 7a/E9 (the H is for a Headpoint or pre-practised ascent rather than an on-sight ascent which would warrant E9 in Cookson's guide) and although she didn’t comment on the grade of Psykovsky’s Sequins Taylor did suggest that having smaller fingers was an assistance:

“I should probably admit that I have a bit of an advantage on this one as the crux holds (four monos in a row ?), are pretty small, and fit my fingers much better than most of the guys that have tried/done it. Nevertheless it was still quite a scary solo, as the landing isn’t great and I didn’t bring pads.”