Andrada and McClure in Leonidio sendfest

Petzl-sponsored athletes, Dani Andrada and Steve McClure, missed the recent Leonidio Climbing Festival but scooped up a bunch of routes between them during their trips there in the first week or so of December. 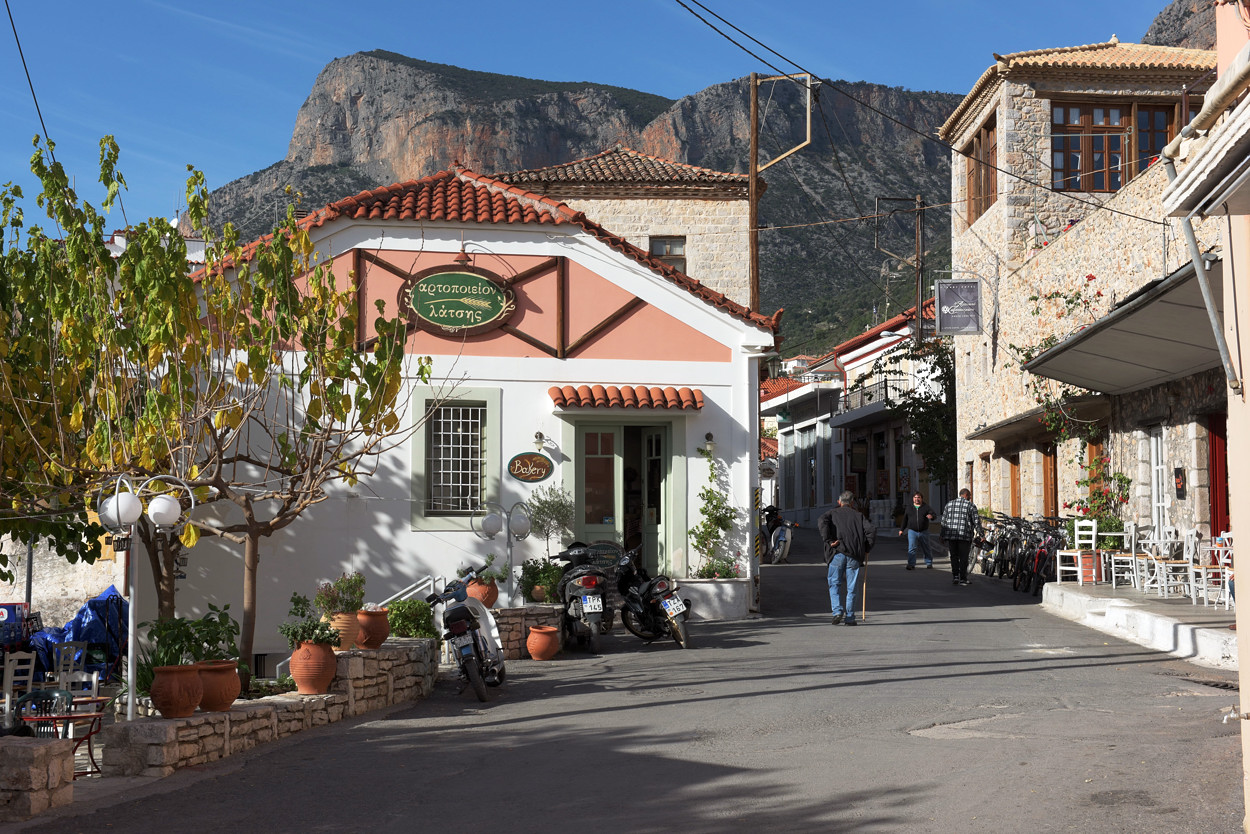 Touted as ‘the next Kalymnos’, Leonidio is the latest hot-rock destination in Greece. The weather in early December was pretty near perfect and loads of climbers were hitting the cliffs daily despite the short daylight hours. There’s multi-pitch routes to get involved with but many, if not most, of the crags are liberally covered with single-pitch routes ranging between 25 and 35m long; although some stretch-out to a full 50-60m!

Completely by coincidence Dani and Steve were there at pretty much the same time; Dani for nearly two weeks and Steve for a week. As we reported earlier (click here for that report) neither wasted any time getting down to business. 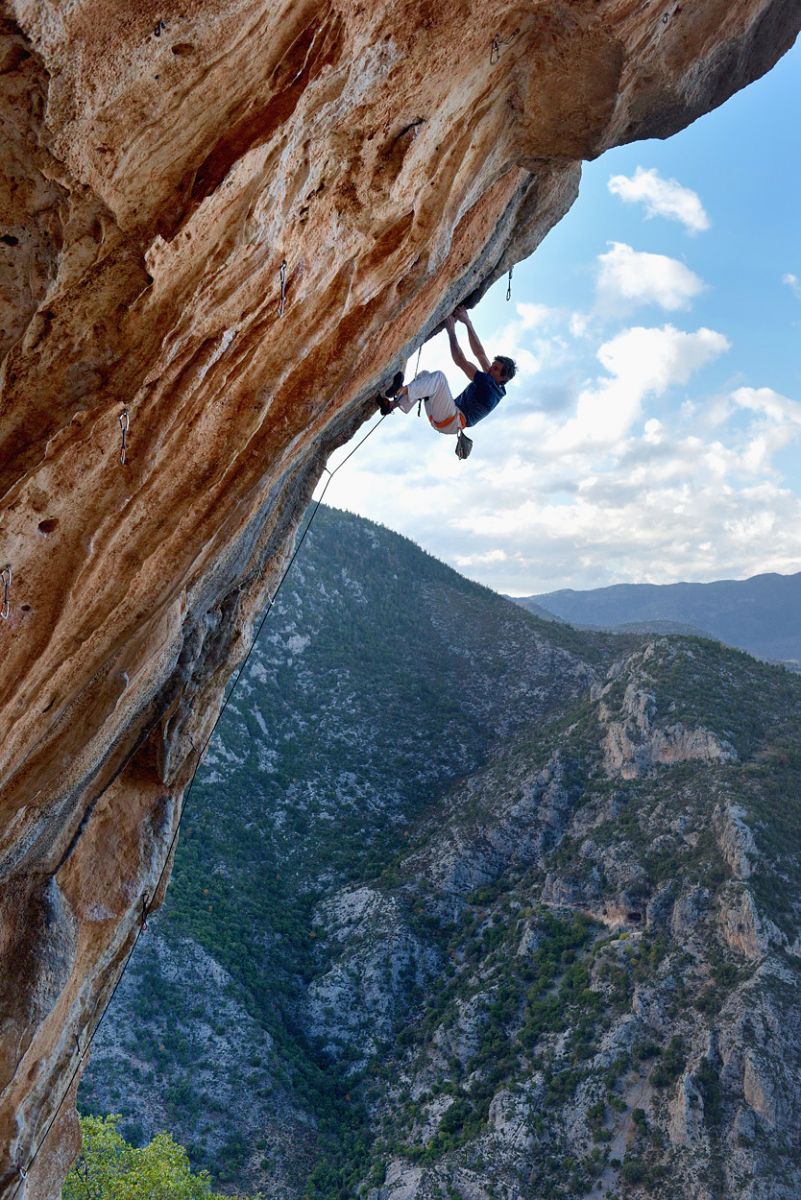 Dani’s nick-name is The Machine and watching him in action it’s completely obvious where that’s come from. Writing on his Instagram page, Dani confirmed that in just ten days he chalked up 33 routes between F8a and F8c – 29 of which he did on-sight! Steve’s climbed with Dani before on Petzl trips but even he was impressed with how Dani just banged the routes out one after the other. “The sheer volume of Dani's climbing is just incredible, he just doesn't stop. At the F8a - F8b level he keeps going all day, route after route, apparently without really even getting tired at all.” 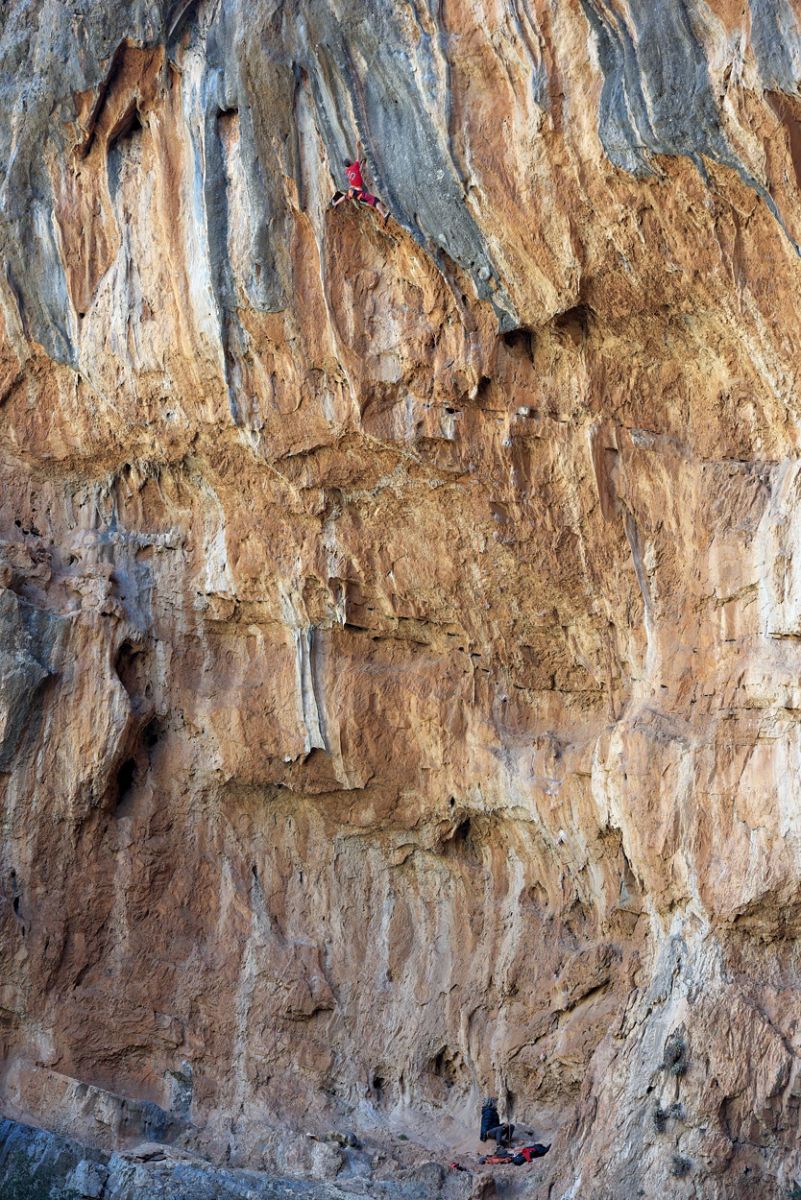 Steve on-sighting Skithropos F8a at HADA. Photo Keith Sharples (Note: the topo lines in the guide dont seems to match-up with the routes on this section of the cliff.)

Steve wasn’t exactly hanging about however and typically was doing three routes a day between F8a and F8b+ on each of the five climbing days he had there. Elona, Twin Caves and H.A.D.A. were three crags which Steve rated the most. "I was only interested in on-sight attempts this trip, and for this style Leonidio is simply incredible. The routes are just like playground routes; tufas, stalactites, blobs; such fun. Elona is stunning, world class. Don't miss Kopa Kabana, at F7c one of the best ever, and an 8Fb extension you may as well have a blast at." This is currently given F8b+ in the Leonidio guide but Steve – like Dani – felt some routes, Kopa Kabana Ext being one of them, were a little soft having climbed there all week. 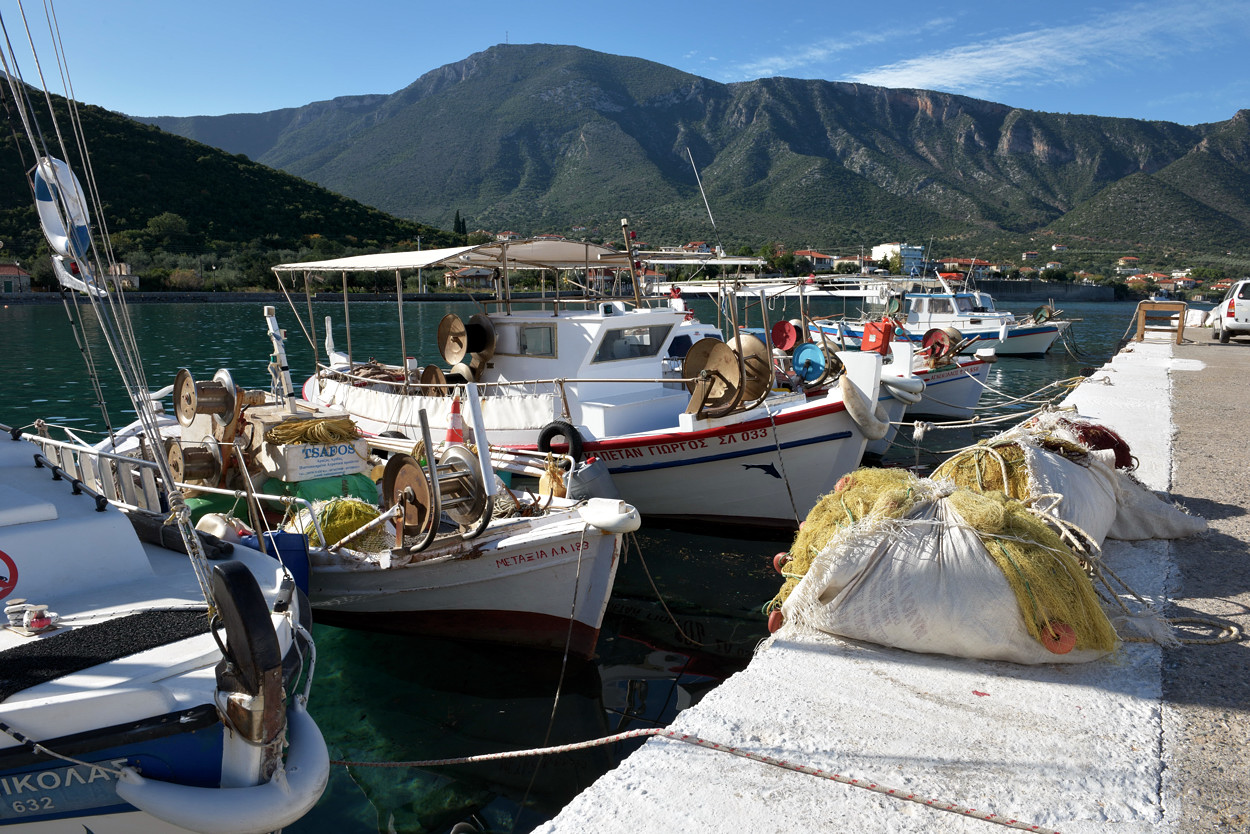 Rest day by the Med are very pleasant and eerily quiet in December. Photo Keith Sharples

For anyone planning to visit, Leonidio is covered by both a local guide and a ‘whole of Greece’ guide. Both are decent enough guides but expect the grades to be a bit ‘variable’. One route – a 6b+ tufa climb - gets 6b+ in the Leonidio guide but 7b+ in the other! Grades seem to vary between crags as well – Elona and Nifarda seemed quite stiff generally; that’s assuming you’re using the Leonidio guide and climbing around high 6’s and 7’s. Angi Orangi Ext at Nifara gets F7c in the Leonidio guide and Steve thaough it was as simliar to an adjacent F8a! However, it seems that things flip-over in the 8’s. Dani commented that of the six F8b’s he did he felt that only two were worth that grade. Steve also commented on the grading: "Some cliffs seemed bang on, which is good to see for a new holiday destination. There are still a few sort touches though on the busier crags which everyone will happily take until eventually the community sighs and admits 'oh fair enough, it was good while it lasted to have onsighted F8a, but I always knew it was F7c+!'" Long story short – take the guide grade as a … er … guide!

CLIMBER will be publishing a destination article on Leonidio in 2018 so keep an eye out for that.