Anastasia Sanders on fire in the Red

Anastasia (known as Annie) Sanders was absolutely on fire on her first day in the Red River Gorge, USA, earlier this week cranking multiple F8s including flashing Omaha Beach (5.14a/F8b+). 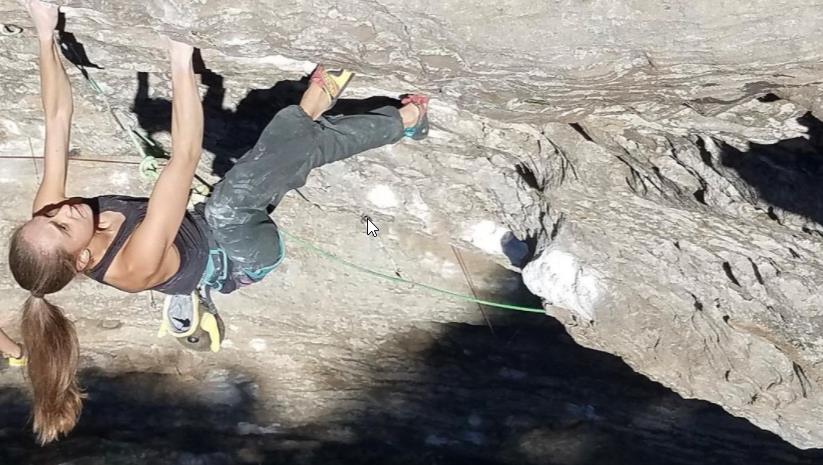 A couple of months since winning three gold medals – Boulder, Lead and Combined in the Women’s Youth B category - in the recent Youth World Championships in Russia, 14-year-old Annie Sanders had an amazing first day for her current trip to the Red River Gorge, Kentucky.

Without a doubt her flash of the world-renowned testpiece Omaha Beach (5.14a/F8b+) was the outstanding achievement of the day; that said Annie also flashed The Madness (5.13c/F8a+) as well as sending both Elephant Man (5.13b/F8a) and Easy Rider (5.13a/7c+) second go each. Apparently, she’d been on Easy Rider last year but had bailed out because of wet holds; she did it first go this year, however. Although all the routes are in a similar area Omaha Beach and The Madness are both on The Motherlode but Elephant Man and Easy Rider are at The Dark Side and Drive-By Crag so it’s clear she was having a big day out; understandably then she posted “Rest day tomorrow”!

Her flash of Omaha Beach puts Sanders within an ace of joining the top ranks of women’s on-sight climbers; an altogether remarkable achievement given her age.

Omaha Beach, Bill Ramsey’s 45m steep endurance testpiece at The Motherlode in the Red River Gorge, has a habit of popping up in news feeds. Way back in 1999 the then 18-year-old emerging Katie Brown was the first woman to on-sight Omaha Beach; back then however it was 5.13d/F8b. After Brown’s ascent, the popular route lost holds and it was bumped up to 5.14a/F8b+. Subsequently, in 2011, Sasha Digiulian on-sighted the then harder Omaha Beach becoming the first American to on-sight (5.14a/F8b+).