A little over a week ago, Anak Verhoeven did the first ascent of Sweet Neuf (F9a+) at Pierrot Beach in the Vercors, France. 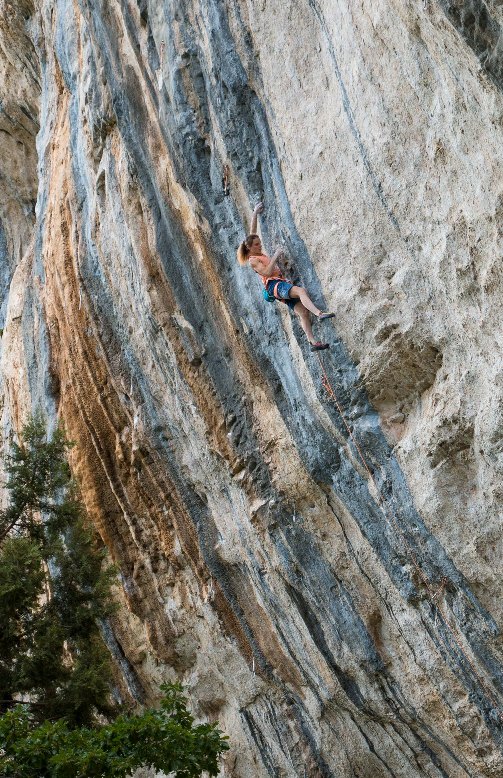 Writing on her website Anak explains that Sweet Neuf is a link-up of Sang Neuf (F9a) and Home Sweat Home (F8c+).

Anak in fact did the first ascent of Sang Neuf just days before completing Sweet Neuf. Sang Neuf was originally bolted by Quentin Chastagnier and Anak first tried that line on April 2016 but had to abandon it due to the then cold weather. Returning this year however she was successful. It was her second F9a after Ella Vella – Chris Sharma’s famous F9a at Margalef – which she climbed in April 2015.

Having clipped the chains on Sanf Neuf, Anak took a rest day and then came back and repeating that route and then linked it into Home Sweat Home (F8c/+), a route which she had previously climbed. It’s the first time that a female climber has done the first ascent of a F9a+. Earlier this year Mago Hayes made the first ever female ascent of a confirmed F9a+ when she repeated La Rambla at Siurana, Spain.

Stay in touch with Anak’s news via her website here…