Amazing solar displays down under in Antarctica

Whilst the bulk of the UK sits in some pretty shocking weather Leo Holding and his team down under in Antarctica are seeing some spectacular solar displays. 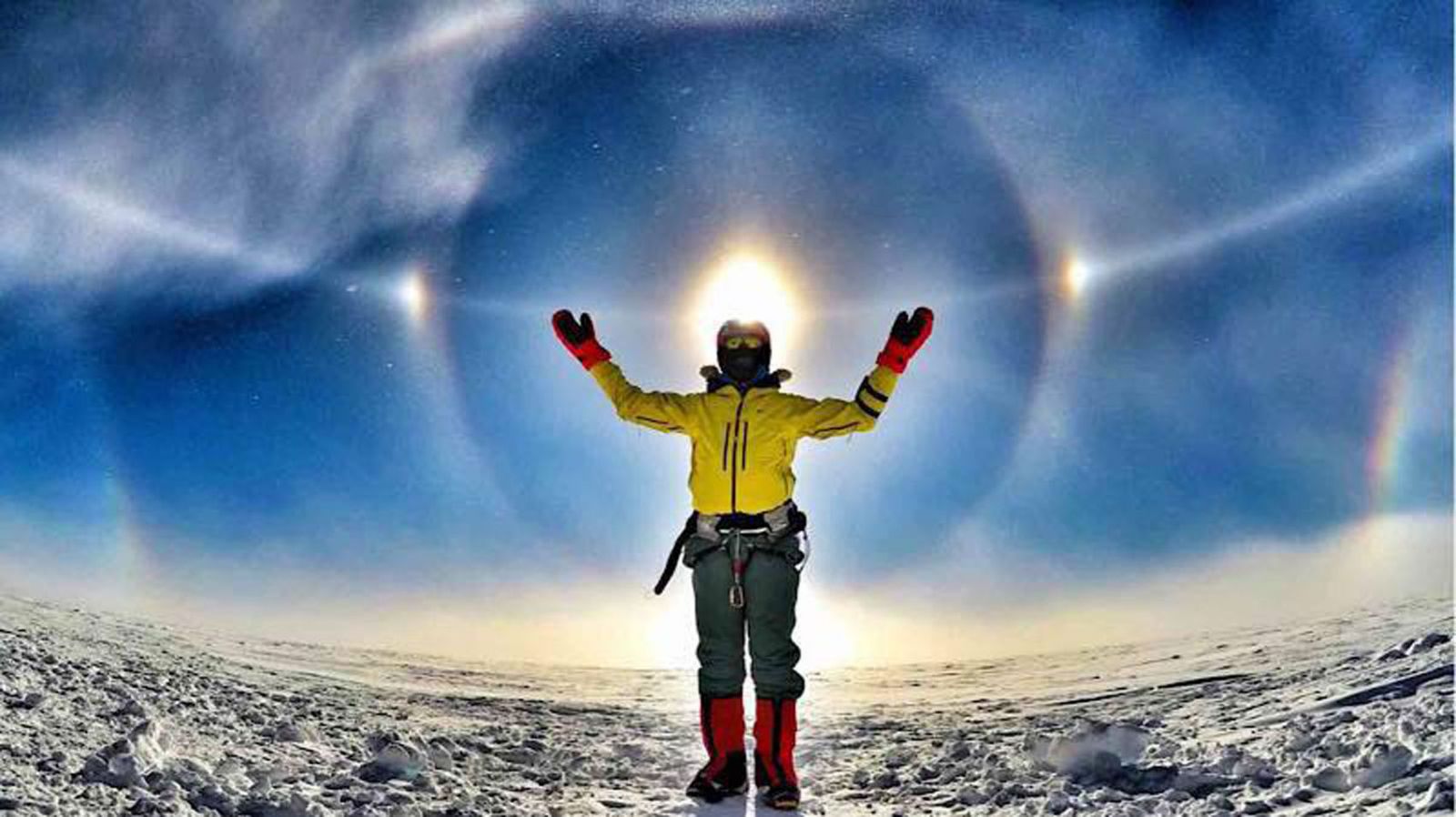 “We’ve seen a few halos around the sun, but yesterday either somebody slipped something into our porridge or we were blessed to witness an utterly psychedelic, three dimensional display of polar sun refraction and reflection.  For about half an hour we were overawed by what we were seeing.  Photos don’t do it justice - it was truly amazing.

“We were fully geared up to leave all day, but the wind direction and strength wouldn’t allow us to ski kite the way we wanted.  Twice we were fully packed and ready to go, but within 100m it became clear that it wasn’t going to happen for us, so twice we re-pitched the tent in exactly the same place.  Then the sky put on its mind blowing rainbow show and we let go of the frustration and wondered at this place we are visiting.”

Houlding, Burgun and Sedon still have 850km to cover before they complete their Antarctic journey, which started in early November.  For more details about the expedition, visit www.spectreexpedition.com.