‘OOPS I DID IT AGAIN’ … posted Alex Megos after on-sighting his second F9a over the weekend. 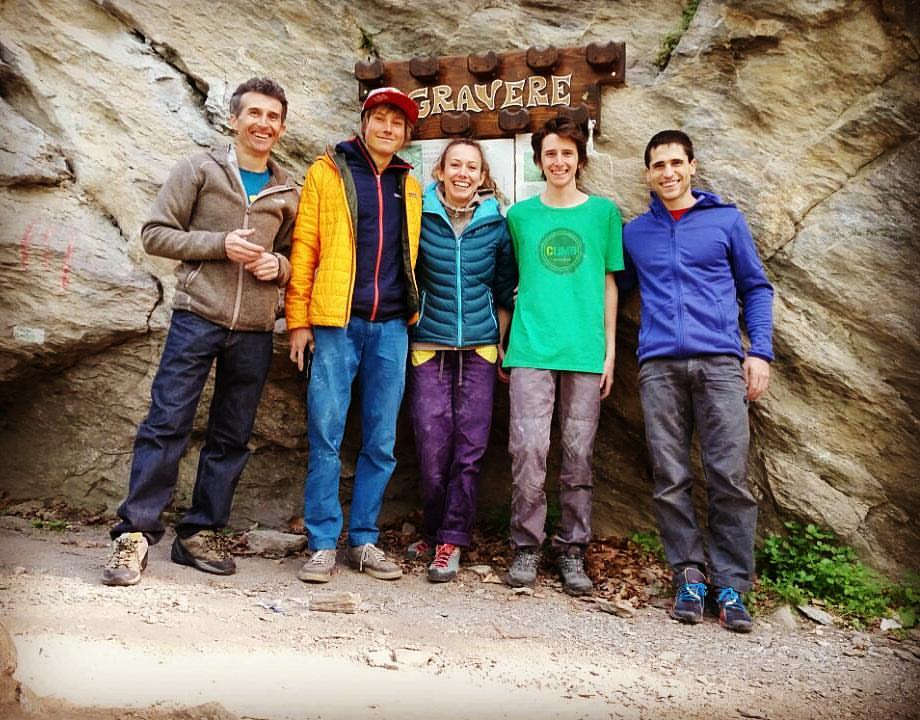 Alex Megos and friends at Gravere

Back in 2013, aged just 19, Alex on-sighted Estado Critico (F9a) at Siurana. It was a seminal moment in both climbing history and Alex’s own development. When CLIMBER interviewed Alex in 2016 here’s what he said about that ascent: “I was super happy when I clipped the anchor of Estado. Not because I climbed an F9a on-sight - that didn’t come through my mind. But because I fought really hard, was totally pumped and so close to falling off many moves, but it all worked out and it as a super cool and fun go.”

Alex has been recovering from a nasty finger injury over the winter although recently he’s begun to hit much better form again. Earlier in May he posted on social media that during a trip to Arco he on-sighted Natural Present F8c/+. Well, hot news on-line today is that four years after on-sighting the world’s first ever F9a, Alex has just on-sighted his second F9a, TCT at Gravere. He’s clearly chuffed to bits: ‘OOPS I DID IT AGAIN! When people ask if I can onsight 9a I would say "no". I never felt at a level where onsighting 9a felt in reach. But total I started to realise that I might be able to get to that level! What a great day at Gravere where I after more than 4 years did my second 9a onsight! What a feeling!’

According to reports on 8a.nu Alex hadn’t planned to go to Gravere; Alex was travelling with Stefano Ghisolfi – whose route TCT is – and his car broke down so Alex went to Gravere with other climbers. Once there, the locals told Alex that Ondra had on-sighted TCT and encouraged him to have a go. Despite feeling a bit off Alex was persuaded and gave it a go – successfully as it turned out.

In total there have been five F9a on-sights; Alex has done two of them and Adam Ondra the remaining three.