BIG news from the USA is that solo supremo, Alex Honnold, yesterday soloed FreeRider (5.13a) in Yosemite Valley. 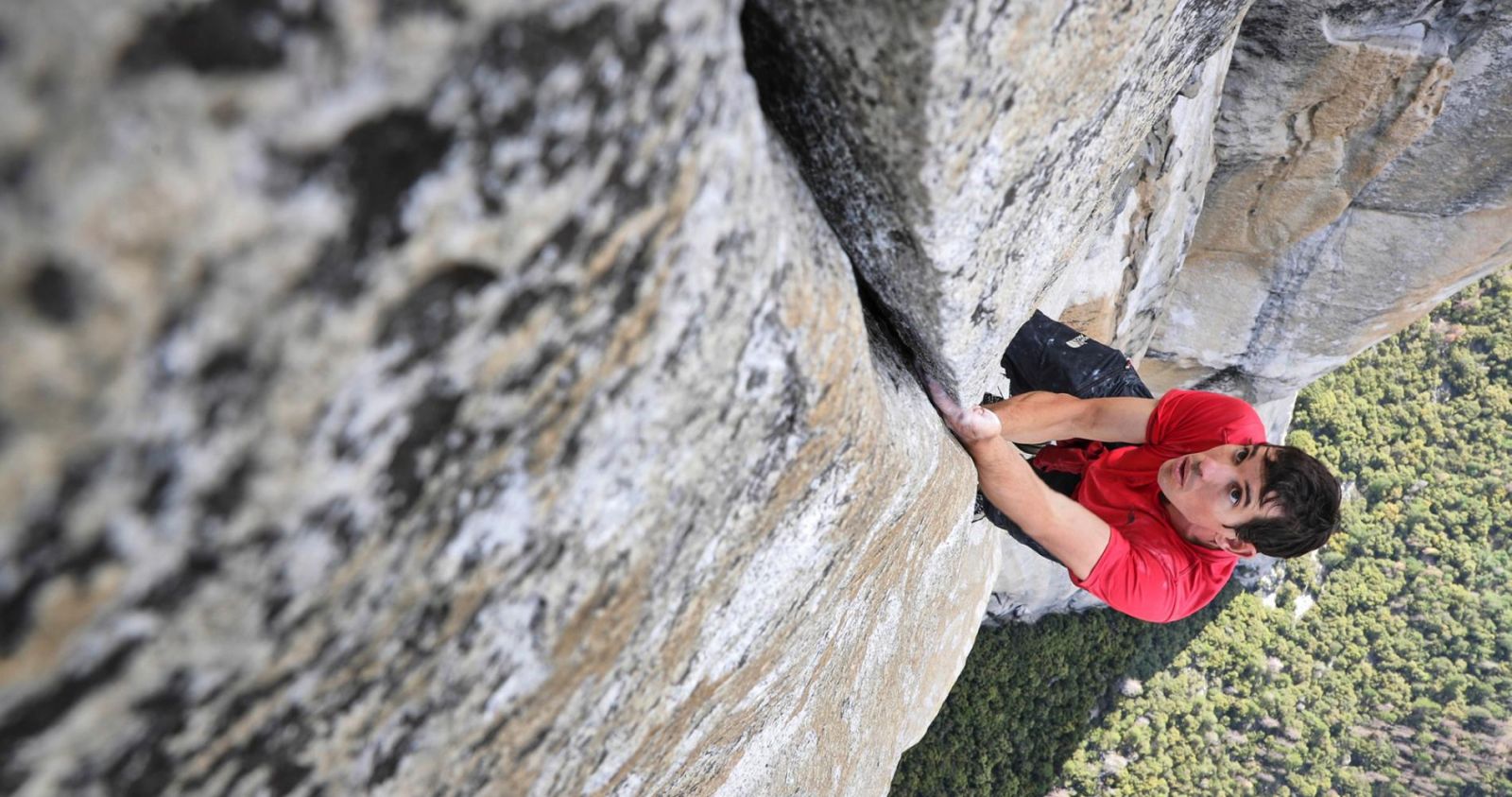 Clearly 100% on top of his game, the big man of soloing yesterday went massive! It’s the first time anyone has soloed a route on El Cap and frankly, if anyone was ever going to do something as audacious as this then it was going to be Alex Honnold.

Honnold first stepped into the climbing spotlight big-time back in 2008 with free-soles of Half Dome and Moonlight Buttress in Yosemite and Zion respectively. Over the years there has been a number of climbers committed to soloing bigger and harder routes; John Bachar from the 70’s, Pete Croft in the 80’s and more recently, Dean Potter. In turn each made their mark in climbing folklore.

Honnold’s free solo of Half Dome and Moonlight Buttress however redefined what was possible by a solo climber operating at the very top of his game. Honnold’s co-written autobiography Alone on the Wall published in 2015, explained how he got into soloing: “I was too shy to go up to strangers at a crag and ask if they’d like to rope up with me.” Honnold charts his development in Alone on the Wall: “In 2005 and 2006, I did tons of routes at Joshua Tree, on the granite boulders and pinnacles in the desert east of Los Angles. I developed a voracious appetite for soloing. I’d do as many as fifty pitches in a day, mostly on short routes up to 5.10.” By 2007 Honnold had replicated Peter Croft’s 1987 solo achievements by soloing both The Rostrum and Astroman in a day. A year later Honnold stepped out of the shadows by doing both Half Dome and Moonlight Buttress. Honnold was now the man.

Mark Synott, writing on National Geographic, confirms that Honnold has been planning a solo of Freerider for some time. Only Honnold’s closest climbing friends knew about his long-held dream of free soloing El Cap. They were however, sworn to strict secrecy. Honnold’s preparation, as usual, has been meticulous.  Part of that preparation was a super-fast ascent of Freerider with Tommy Caldwell. The pair topped-out in just over five and a half hours – the fastest ever ascent. Caldwell reported back: “Alex was on fire” adding “I’ve never seen him climbing so well.”

Many climbers like Honnold are similarly highly-developed and superbly fit; none however have Honnold’s mental control. In Alone on the Wall Honnold  famously quips about dying when asked about being afraid by a 12-year old; “We’ve all gotta die sometime. You might as well go big” was his reply. Notwithstanding that, Honnold’s mental game is renowned for being massively strong – clearly it needs to be. It is this ability to control his fear levels which allows Honnold to excel whilst free soloing. His ascent of the 30-pitch, 3,000 foot climb Freerider raises the bar so far it’s hard to see what might come next as 58-year old Peter Croft says: “It was always the obvious next step. But after this, I really don’t see what’s next. This is the big classic jump.”

Click through here to go to National Geographic and read the full account and the inside story by Mark Synott.