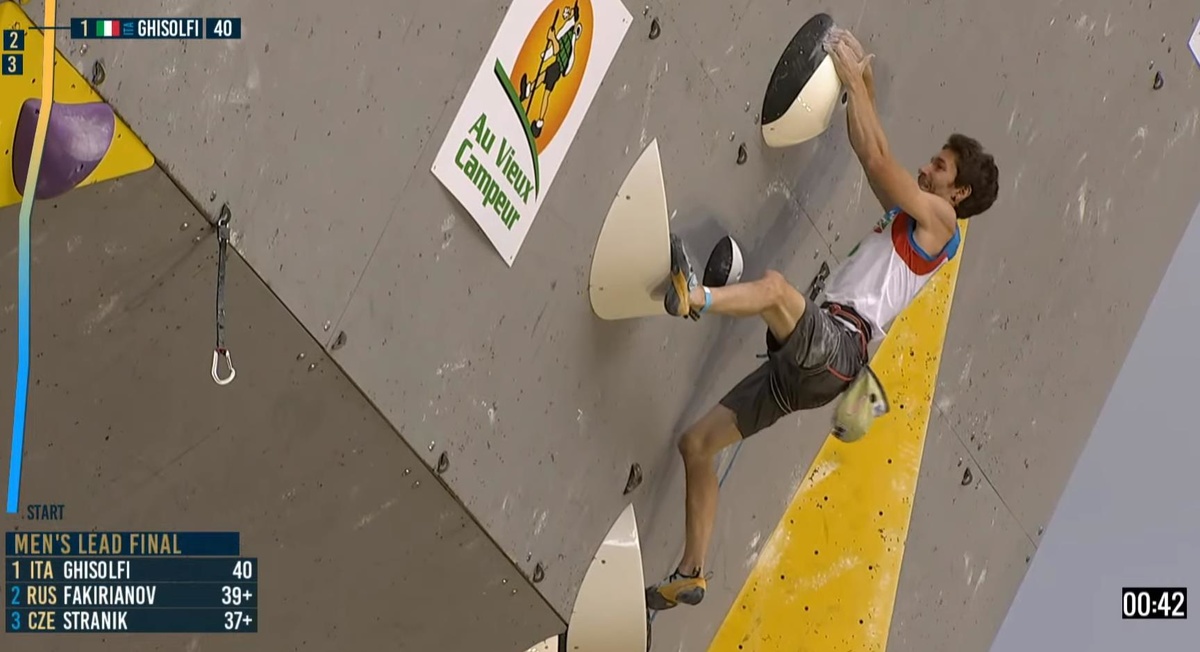 As the second of the two back-to-back French IFSC Lead competitions concludes the current run of competitions, attention for sport climbing competitors now switches to the Tokyo Olympics which are literally just days away! Natalia Grossman and Sean Bailey, from Team USA, have been sweeping the comps recently picking up gold medals almost at will it seems; understandable they were the favourites for the Briancon golds especially given the absence of the Olympians.

Climbing in their second Lead event of the week Team GB athletes Molly Thompson-Smith and Hamish McArthur both posted excellent results; Molly, finishing qualification in third spot and Hamish in joint 9th - their best ever results in a qualification round! Whilst Natalia Grossman topped the women’s qualification table, second place went to Lucka Rakovec. Top spot on the men’s leader board went to Luka Potocar closely followed by Stefano Ghisolfi.

Despite their brilliant qualification results sadly neither Molly nor Hamish made the finals finishing the semi’s in 12th and 19th respectively. Frustratingly, it appeared that their lack of comp practice seemed to rob them both of their flow and both fell earlier than anticipated given their qualification performance. 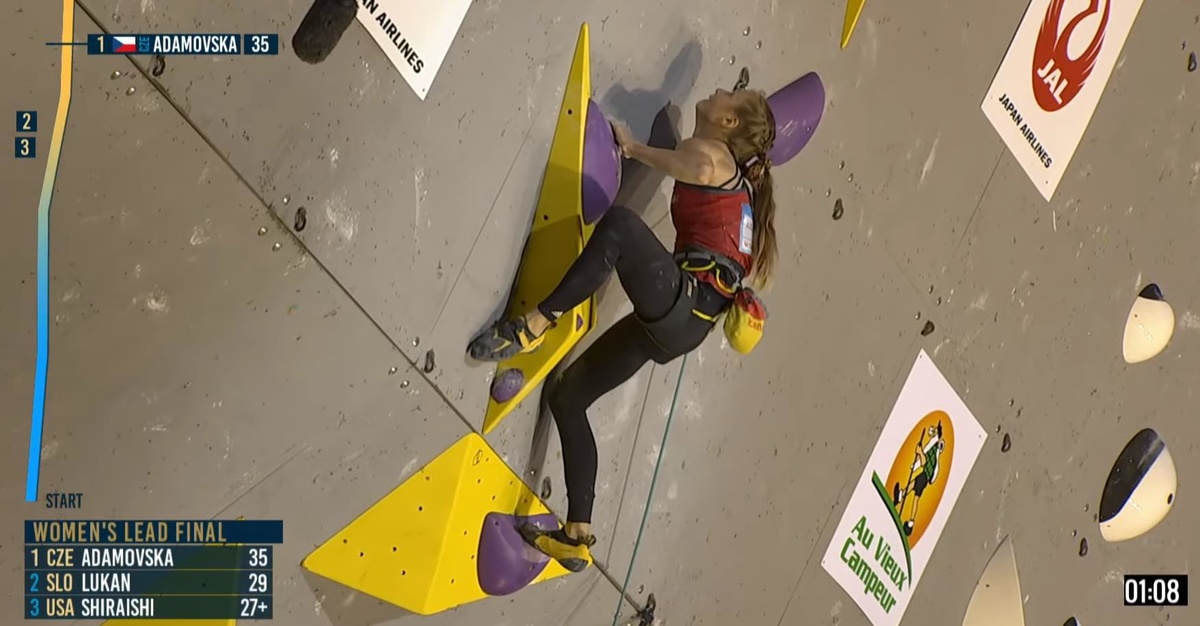 Top spot in the women’s semi-final went to Eliska Adamovska with Natalia Grossman just a fraction behind. Stefano Ghisolfi and Sean Bailey both finished on 42+ in the semi’s but the lead went to Ghisolfi on countback.

The men’s finals saw some pretty funky 3D and foot-first climbing thanks to the use of dual texture, semi-circular tube volumes on the steepest section on the Briancon wall. Remarkably, Stefano Ghisolfi made one of the best ‘saves’ of the season when his foot popped off and he was left hanging totally free beneath a massive volume between the holdless side wall and an opposing hold. To his total credit and displaying considerable composure he pulled back on, steadied himself and went on to get established on the headwall and ultimately take the win. It was Ghisolfi’s first gold medal for three years and thoroughly deserved. Dmitrii Fakirainov finished in second with silver and Martin Stranik in 3rd with bronze; the on-form Sean Bailey coming up empty-handed on this occasion. Both Sascha Lehmann and Alberto Gines Lopez haven’t been quite up to par recently either and they finished in 5th and 7th respectively. 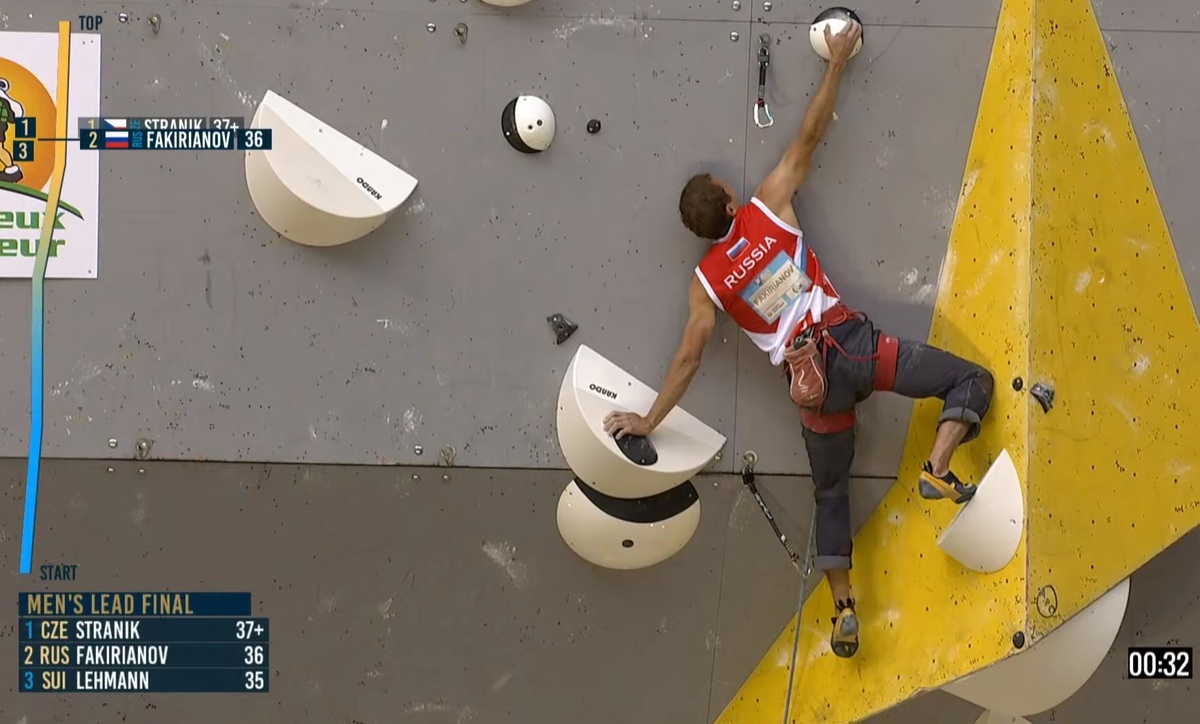 Ashima Shiraishi  climbing early on in the women’s final climbed smoothly and initiatively but – like Ghisolfi earlier – was forced to make a save when her foot popped off too. She finished in 4th place just outside the medals but ahead of the middle group of female finalists who all fell from a boulder section at mid-height on the women’s route. Vita Lukan recovered from a clipping mishap in the middle of the route was able to hang-in sufficiently after the crucial mid-section boulder to take third and bronze medal. 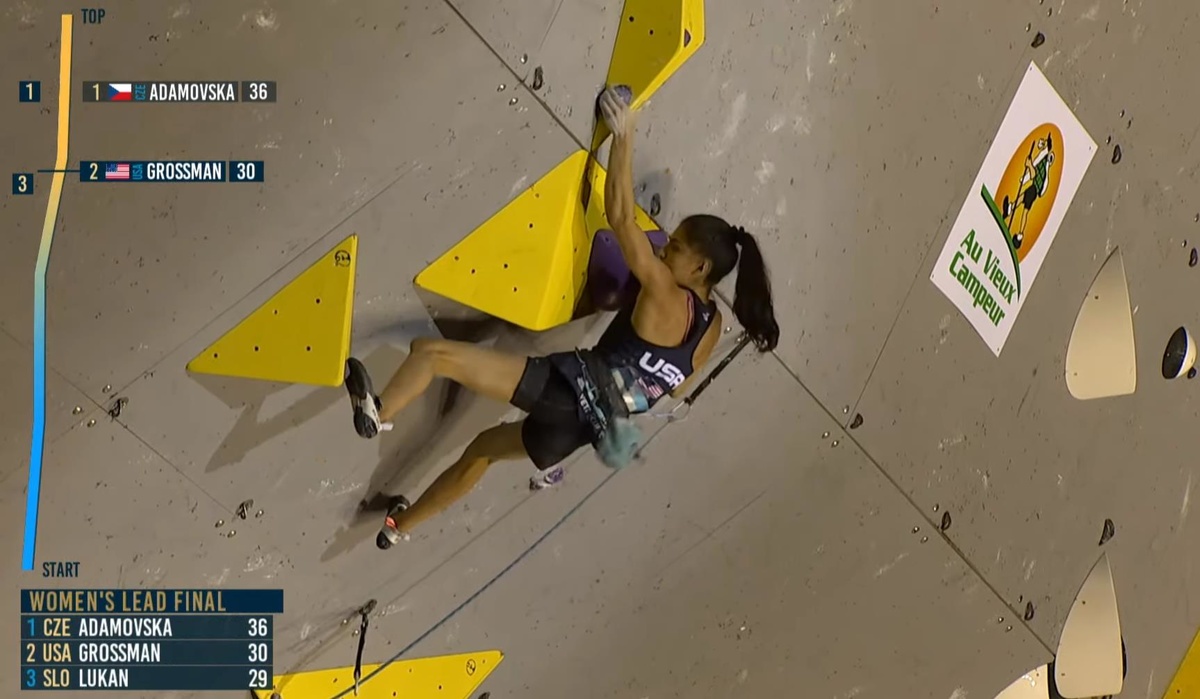 Second place and hence silver went to Natalia Grossman. Grossman bettered Lukan’s position by several moves and on another day in another competition it might have been sufficient. However, Eliska Adamovsoka, climbing in her first final had the climb of her life. Although Adamovsoka, one of the stars of the European Championhips in Moscow last December, hadn’t really found her flow this year she had finished in 10th in Chamonix and 12th in Innsbruck. Briancon was her competition however and she took the gold finishing a move higher than Grossman. 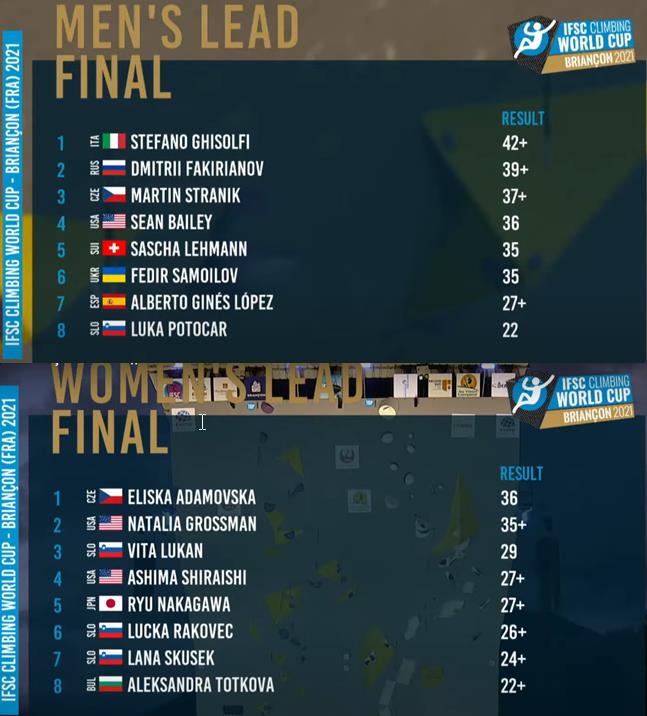 Watch the final below…