As speculated, Adam Ondra has kicked-off his ground-up push on The Dawn Wall. 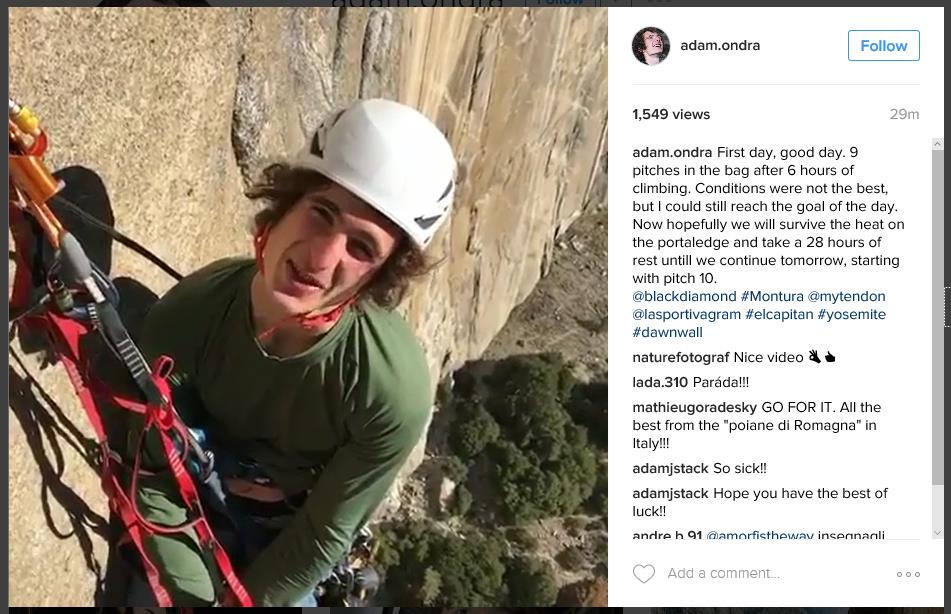 Climbing with his fellow countryman Pavel Blazek, Adam Ondra started his campaign at 3:30am Monday 14th November. By c.9:00am they had successfully completed the first nine pitches at which point they stopped to avoid climbing in the heat of the day. Pitch 8 nearly caused an upset as Adam explained in a video posted on Instagram; “It was kind of exciting on pitch 8 [5.13d], which is like super sharp. It was kind of getting warmer, and I spent two tries and I was like thinking, hmm, maybe my skin isn’t really good enough to do it, which would be pretty complicated. Luckily, after I good fight, I did it. And also did quite easily pitch 9 [5.13c].

Their intention was to rest for the rest of yesterday and then climb four more pitches which will leave them below Pitch 14. Following a rest day on Wednesday, their intention is to attack the three hard pitches on Thursday.