The latest big news coming out of The Valley is that Adam Ondra has just attempted an on-sight, in-a-day, ascent of The Nose. 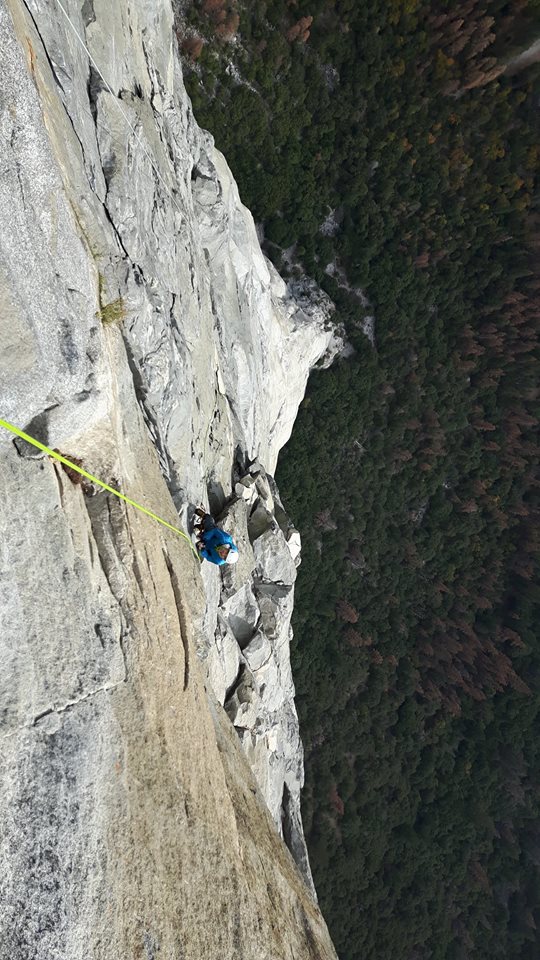 Ondra and his Dad’s ‘Big Day Out’.

Ondra’s reports to his sponsors, Black Diamond, confirmed that whilst he was in The Valley he wanted to for an on-sight, in-a-day ascent of The Nose. This had been one of his original ‘warm-up’ projects before he got stuck into the Dawn Wall. Heavy rain however meant that Ondra switched his plans around and started working The Dawn Wall which dried quicker. Having worked and fixed up to the crucial pitches on the Dawn Wall – click here for our reports – Ondra reported at the weekend that he was planning to take a couple of rest days and then try The Nose.

Climbing with his Dad, Ondra attempted The Nose yesterday. Posts on BD’s FB page describes how Ondra’s attempted panned-out: “We started at first light and up to the Great Roof it was going well, on-sighting all of the pitches in a few hours.” However, The Great Roof caused problems as Adam explains: “The Great Roof shut me down. I had a pretty good flash go, got the beta, lowered and gave it a second shot thinking I would fire it off easily, but I had not realized how important the feet are on this climb. After climbing so many pitches and taking no rest after my flash, they went super shaky and weak. I fell, gave it even a third go and fell in the end of the traverse.”

After his efforts on The Great Roof,  Ondra clearly decided that it was time to switch to ‘topping out’ mode: “There was no point in giving it more tries and we just wanted to top out.” Ondra explains how that went: “Time to switch to night climbing and on-sighting all of the pitches except for Changing Corners…”

Finally, they topped-out. Ondra again: “Topping out at midnight in the starting rain. Full alpine experience, as we did not find the descent route in the pissing rain, and had a wet and cold bivy in the little cave, before we finally got to the car at 9 a.m.”

Ondra summed up his experience: “The Nose is one of the most famous climbs in the world and I am super glad to have climbed it with my dad, even though not free. A big day out.”