Ondra, now well-known as the one of the world’s very best climbers, first broke into the magical grade of F9a eight years ago as a thirteen year old when in 2006 he redpointed Martin Krpan at Misja Pec in Slovenia. Since then, Ondra has gone on to become one of the most accomplished climbers in the world excelling in the demanding environment indoors as well as outdoors and whether leading or bouldering.  His most recent success at the La Sportiva Masters where he dominated the fierce invitation-only ‘best in class’ bouldering competition followed his success in both leading and bouldering World Championship earlier in the autumn.

Ondra has been to the UK on several occasions seeking out many of the UK’s hardest routes. Steve McClure’s hard testpieces in the Yorkshire Dales have been big attractions for Ondra although Steve’s Overshadow (F9a+) at Malham seemed to slow him down a while taking a second trip before he managed to succeed. Northern Lights (F9a) and Northern Star (F9a/+) by comparison all went down much more easily. Farther south in the Peak District, Ondra has had a tickle on Ben Moon’s Hubble (F8c+/9a) even lending his weight to the gathering school of thought that Hubble is in fact F9a rather than F8c+. In addition, Ondra has also been on Steve McClure’s Mutation (F9a). Repeats on either of these two routes has thus far proved elusive. 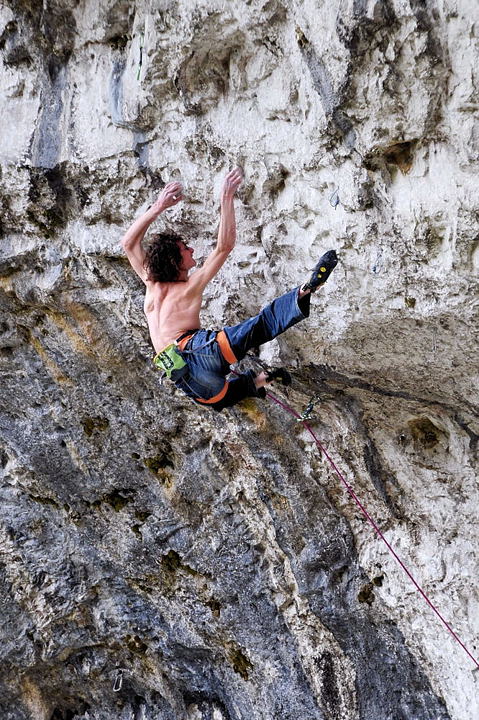 Earlier this year during Ondra’s whistle-stop trip he even had a day out on the gritstone (after having had a few tries on Hubble earlier in the day) comfortably knocking off Master’s Edge (E7 6b), Messiah (E6/7 6c) and then Balance it Is (E7 6c) in the process.

Ondra’s list of 100 F9a’s or harder is simply breath-taking containing as it does, 68 @ F9a, 20 @ F9a+, 9 @ F9b and, staggeringly, 3 @ F9b+. Ondra is reported to have climbed a further 20 odd routes which were originally graded F9a or above but have subsequently been down-graded by either popular demand or Ondra himself. Ondra has also on-sighted F9a no less that on three occasions as well – although surprisingly he was pipped to the post on the first F9a onsight by the German climber, Alex Megos. Perhaps as pay-back to Megos, Ondra went on to redpoint no less than 3 F9a’s in a single day – albeit with beta from Alex Megos himself. He’d also been on one of the routes previously.

Ondra however is on record as saying he’d like to climb some of the outstanding classics which he has still to do. In the UK, Ondra has his sights set on Hubble (F8c+/9a) and Big Bang (F9a). Ondra says to Planetmountain;  “I want to send all these routes that are somehow historically significant in order to have a reference point”. It’s clear that Ondra is particularly impressed with Hubble. When he is asked if there is anything that stands out Hubble features again in his answer: “Something that immediately comes to mind is definitely Hubble climbed by Ben Moon in 1990 at Raven Tor. It might be more logical to call this an 8B+ boulder problem because you don't even clip the rope during the crux section since you climb with the first bolt pre-clipped. If you compare this to the development of bouldering, the maximum grade in 1990 was 8A+! The first 8B was done in 1992 (La Danse de Balrogs in Branson by Fred Nicole), while the first 8B+ four years later, in 1996! Radja at Branson by none other than Fred Nicole once again. Put in this context, Ben Moon was ahead of his time by a huge margin!