Once again the Association of British Climbing Walls (ABC) held its annual AGM and conference in Sheffield last week. 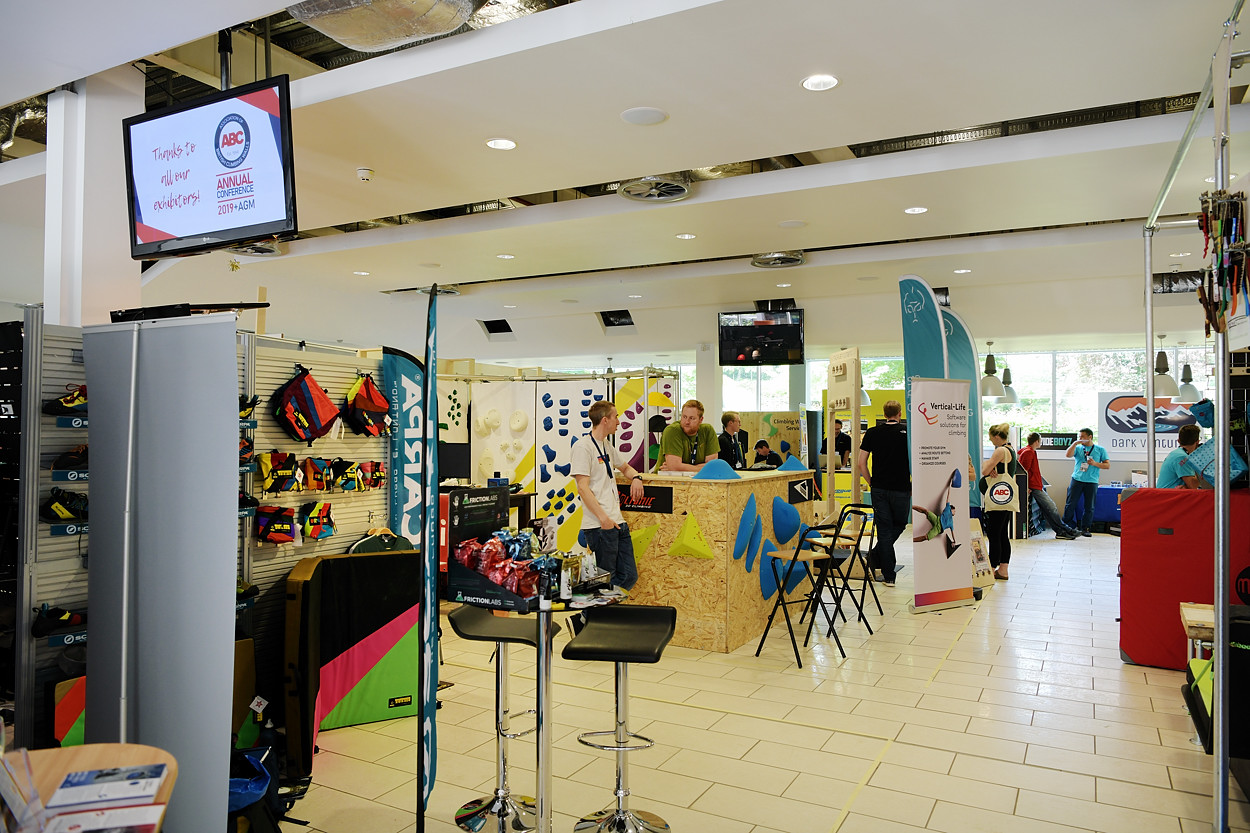 The exhibitor hall at the ABC event. Photo Keith Sharples

For those that haven’t heard of the ABC it was established in 1994 to promote safety at the climbing walls. Since then, the ABC has grown considerably; working with various partners, it continues to support and develop indoor climbing. Although the event is driven by the needs and interests of the climbing wall business it also offers an insight into what climber wall users are likely to see in the forthcoming months across the board including everything from new holds, new training tools and new products. 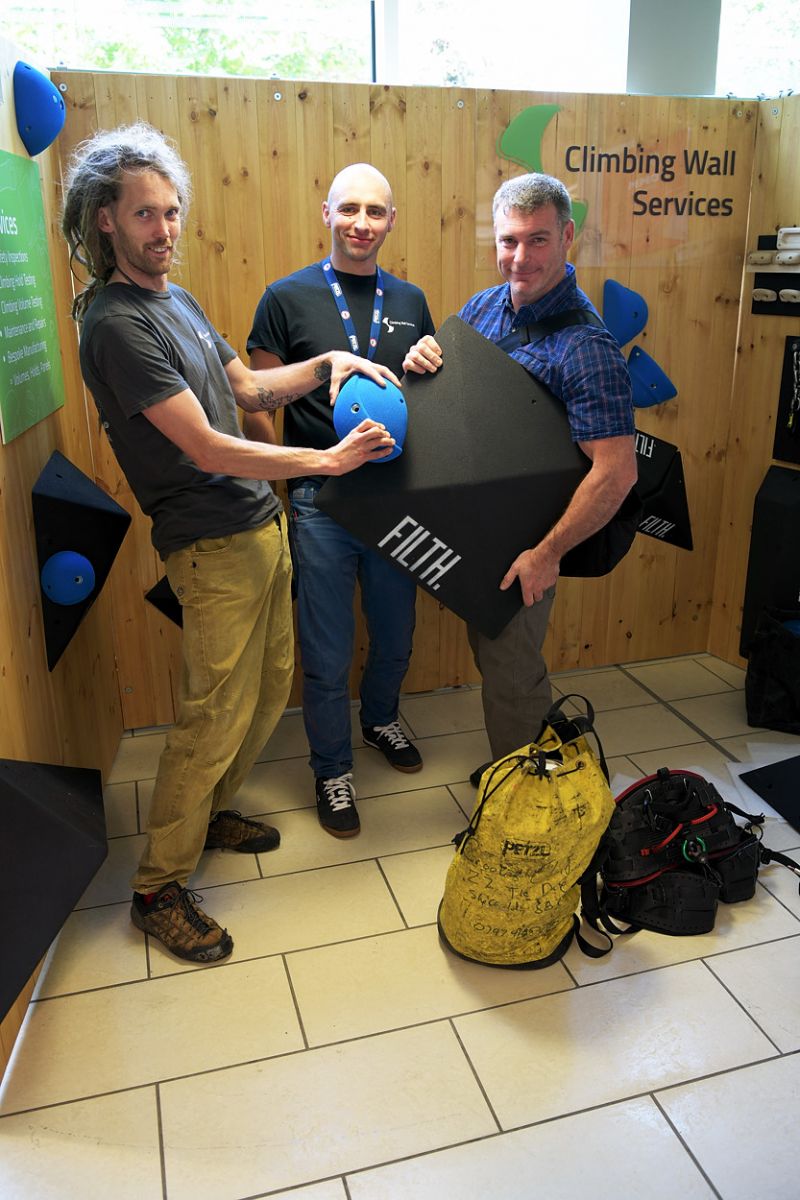 Driven by the modern parkour-style of competition climbing, as well as the opportunities to set interesting moves, the manufacture of volumes continues apace as does new holds themselves for example, Enterprise released a range of new holds designed by none other than Shauna Coxsey as part of the ABC event. 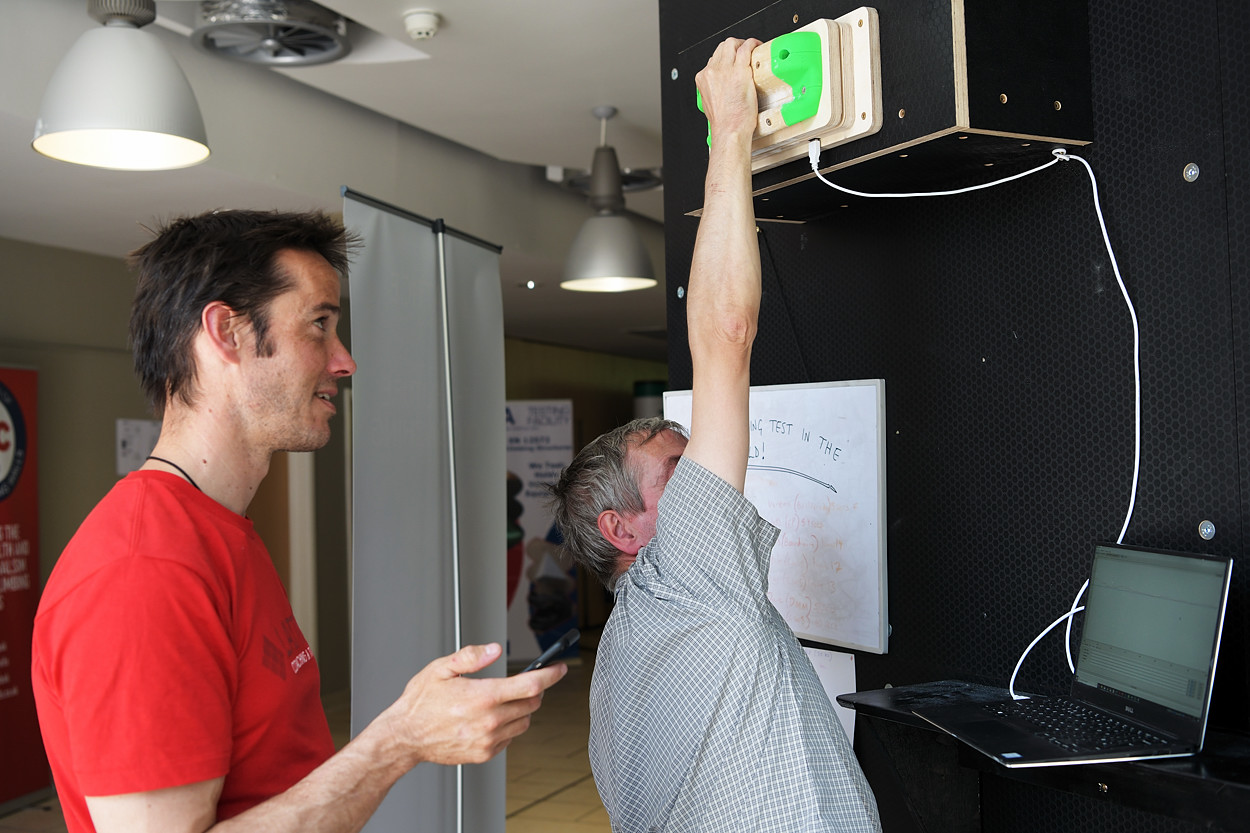 Graeme Alderson from The Climbing Works getting in a run through the new Critical Force kit from Lattice under the beady eye of the data-monster, Tom Randall. Photo Keith Sharples

On the training front an exciting new development is the new profiling technique and equipment which Lattice have developed in conjunction with Derby University. 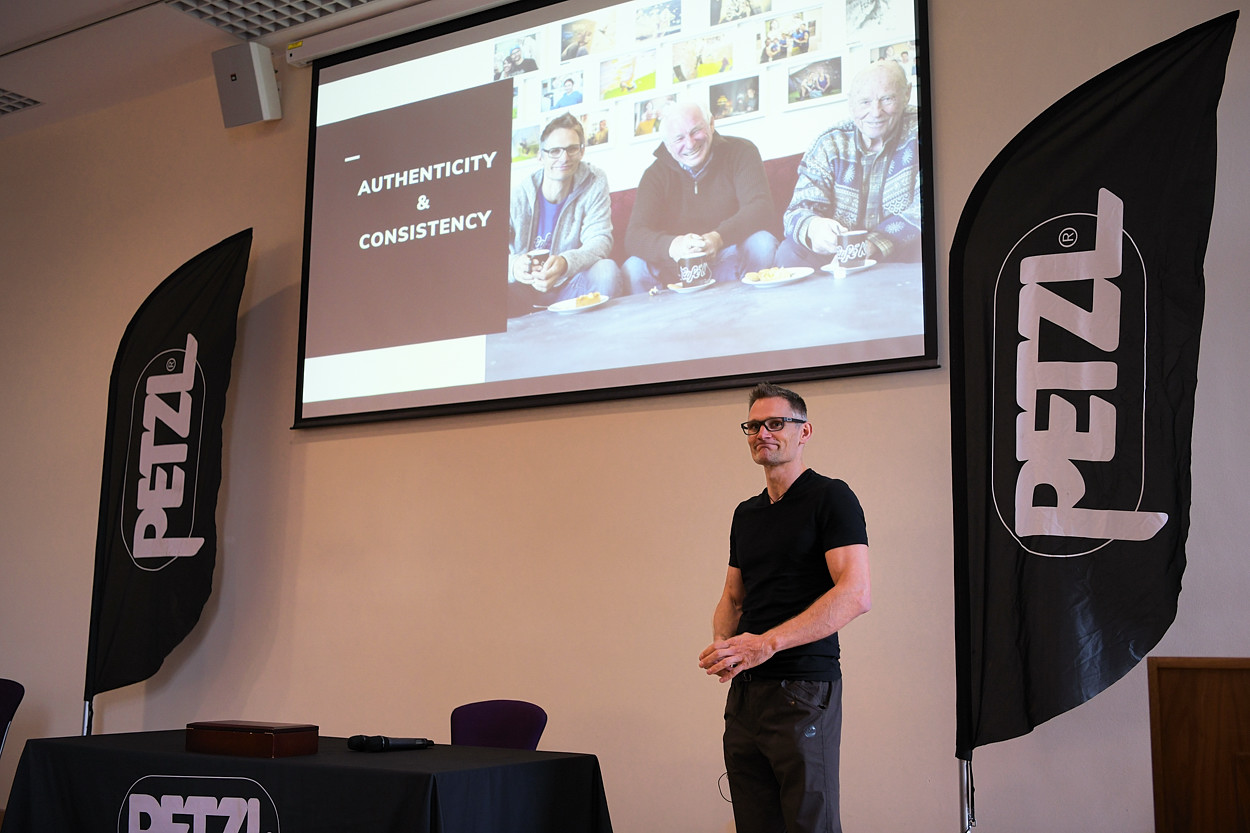 One of the sessions was a fascinating talk by Hannes Huch on ‘smart branding’.  Hannes was one of the co-founders of Café Kraft, a massively influential climbing gym in Nurnberg, Germany. Given that the growth of climbing gyms is set to continue it’ll be interesting to see if the UK walls adopt similar branding as a key methodolgy of driving their business forward.

In terms of new climbing kit, Climber will be at the forthcoming Outdoor Trade Show in Manchester in two weeks so we’ll bring a round-up of some of the more exciting products after that event so watch this space…