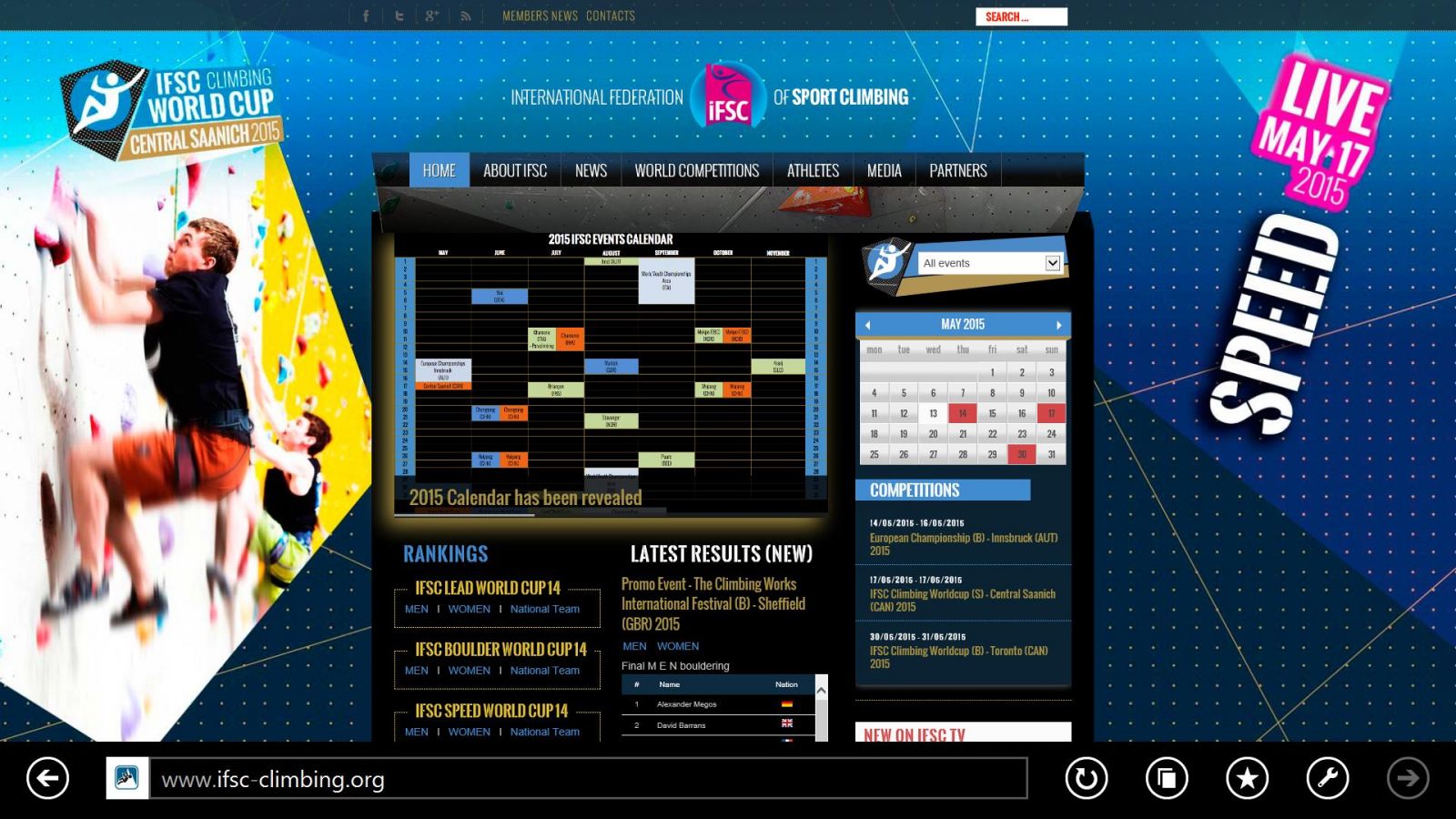 The World Cup, arguably the most prestigious of all the championships being contested, will be over 15 legs and will end in November in Kranj, Slovenia. As well as the winners of the individual disciplines – lead, bouldering and speed – being recognised, an overall winner is also given – albeit only climbers that compete in all three disciplines (lead, bouldering and speed) are included in the overall rankings. The 2014 overall World Cup winners were Sean McColl (Canada) for the men’s event and Charlotte Durif (France) for the women’s event. The highest placed GB athlete in the 2014 circuit was Shauna Coxsey who finished second in the World Cup Bouldering series.

A full schedule of the comps is below:

This year once again, the IFSC Climbing competitions will be broadcasting live in both the IFSC YouTube channel and the official website, www.ifsc-climbing.org

Click through here to go to the IFSC website for more details and to see the individual comp results as the season unfolds.