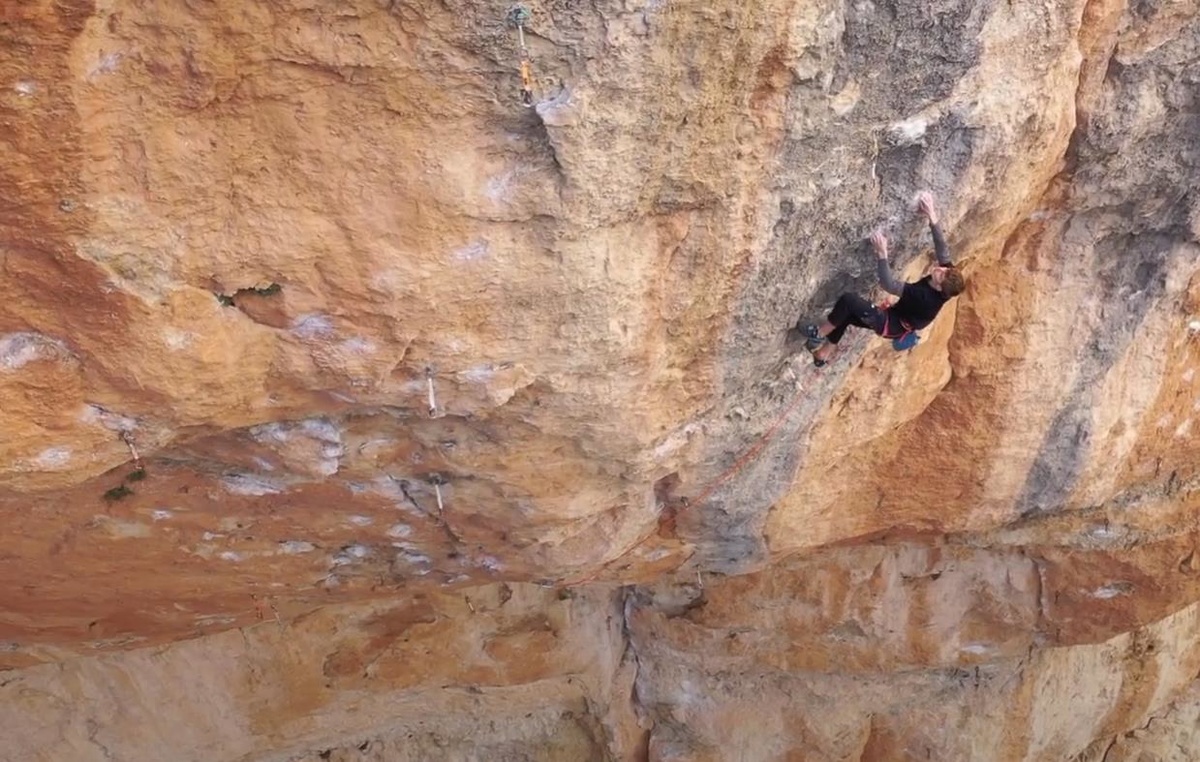 Originally climbed by Ramon Julian in 2004, Estado Critico, the right-hand F9a finish to Kale Borroka (F8b+), El Pati at Siurana, had a number of repeats from top climbers during the years that followed. A number of those who repeated the route suggested it was soft; several, including Adam Ondra - who climbed it in early 2007 – suggested it was F8c+. Then, in 2010, a hold broke on the headwall after which it ‘regained’ its F9a status. Then, on March 24th, 2013, Alex Megos stunned the world with an on-sight ascent!

Since Megos’s on-sight, Estado Critico has continued to attract attention; indeed, it’s become something of a Siurana ‘right of passage’. “What a route, one of the king lines of Siurana and one of my hardest ticks as it’s so long!” Will Bosi wrote on 8a.nu writing up his own ascent on February 2nd, 2021.

Late in December 2021, aged just 16, Victor Guillermin has become one of the latest climbers to add Estado Critico to his CV. Previously, he’s repointed Le Bronx and Les Mollahs du Mur – two F8c+ at Orgon, France. Returning to France, Guillermin is now gunning for more hard routes at home: “Now focus on the big goal of the season, "Sachidananda"🐉, in Orgon... wich is really cool and extreme...”