Liquid chalk – will it reduce the spread of Covid-19 at climbing walls?

Nearly six weeks ago Climber took a long, hard look at the health – and wealth – of the indoor climbing industry and what it might look like post lockdown. As climbing walls prepare to reopen in the UK we look in detail at the latest thoughts on reducing the contagion at walls and the part liquid chalk might have to play.

In Climber’s deep dive into the coronavirus-affected indoor climbing wall business, published on May 7th (here), we looked into how and when climbing walls might reopen as well as the impact the current closures were having on climbing wall operators. Central to reopening of climbing walls are the revised operating protocols which have been developed by the Association of British Climbing walls (ABC) in conjunction with other similar associations and bodies in the international community. The protocols, which we listed in our report, aim to reduce the spread of Covid-19 between staff and visitors by ensuring social distancing as well as the adoption of multi-faceted hygiene measures.

Stability of SARS_CoV-2 in Different Environments

Early in the pandemic it was known from studies on other coronaviruses that they could survive on metal, glass and plastic for as long as nine days unless they are properly disinfected.

The Lancet reported (here) a study which looked at the stability of SARS-CoV-2, the coronavirus responsible for causing Covid-19, under a variety of conditions. Specifically, the study team looked at how stable the virus was at different temperatures, how long it remained infectious on different surfaces and how resilient it was to disinfectants. At low temperatures (4 degrees) the virus was found to be stable but this reduces as the temperature rises. Exposure to high temperatures (70 degrees) quickly eradicated the virus. The study also looked at different surfaces and found that under typical room temperature and humidity no infectious virus could be detected on printed paper such as newspaper after three hours. In the case of wood and cloth, no infectious viruses were found after two days. By comparison, the virus was more stable on smooth surfaces but even then infectious viruses couldn’t be detected on glass after four days or stainless steel or plastic after seven days. Strikingly, infectious viruses were found on outer surfaces of surgical masks for up to seven days! Finally, the study team found that no infectious virus could be found once SARS-CoV-2 was treated with a variety of disinfectants at working concentrations.

SARS-CoV-2 Stability on Climbing Holds and in the Air

Since the beginning of the pandemic the concern has been that an infected climber could spread infected virus particles onto indoor climbing holds from which others might then get infected. Unfortunately, there is still no specific research into how long SARS-CoV-2 virus can survive on climbing holds. However, it seems probable that the survival of infectious virus on non-smooth surfaces such as climbing holds would be more similar to that on wood – i.e. in the order of two days – rather than longer as would be the case on smoother surfaces like glass or plastic. What impact the cleanliness or otherwise of a climbing hold has on the survival rate of infectious virus is also unknown at the present time but it’s easy to speculate that on dirty and porous climbing holds it might be longer.

Other research published in the New England Journal of Medicine (here) shows that infectious virus can survive in droplets for up to three hours after being coughed into the air and remarkably smaller droplets (between one and five microns in size – i.e. 30 times smaller than the width of a human hair) can remain airborne for several hours in still air. Crucially, aerosol droplets are known to settle on surfaces faster in disturbed air such as in environments subject to air conditioning or cross-ventilation.

Like many other such organisations, the Centers for Disease Control and Prevention (CDC) in the U.S. believes that the main ways the virus spreads is from person-to-person when the tiny droplets which are released from the nose and mouth of an infected person as they cough, sneeze or even talk then land in the mouths or noses of others whilst in close (2m) proximity. It is known that a single cough can produce up to 3,000 droplets. These particles can land on other people, clothing and surfaces around them and as we have seen from recent research these can remain infectious for up to several days.

A Chinese study has also found infectious viruses in faecal matter, so anyone not washing their hands thoroughly after visiting the toilet could contaminate anything they touch. It is also believed that as virus particles can float around for up to 30 minutes after flushing the loo it’s recommended that you close the toilet lid before flushing and leave any extractors running when you leave.

Another way coronavirus could spread is via surface or smear contact. However, the CDC’s recently updated website confirms that they don’t believe that Covid-19 spreads as easily via surface contact. This is backed up by the backed up by a German study which, as we outlined in our initial report, wasn’t able to prove smear transmission. However, the CDC and other health authorities/organisations all continue to stress the importance of handwashing and avoiding touching your mouth, nose and eyes with what might be contaminated hands.

So, having looked at the stability of the SAR-CoV-2 virus and the typical transmission modes let’s turn now to look specifically at liquid chalk and how that might help the indoor climbing industry. 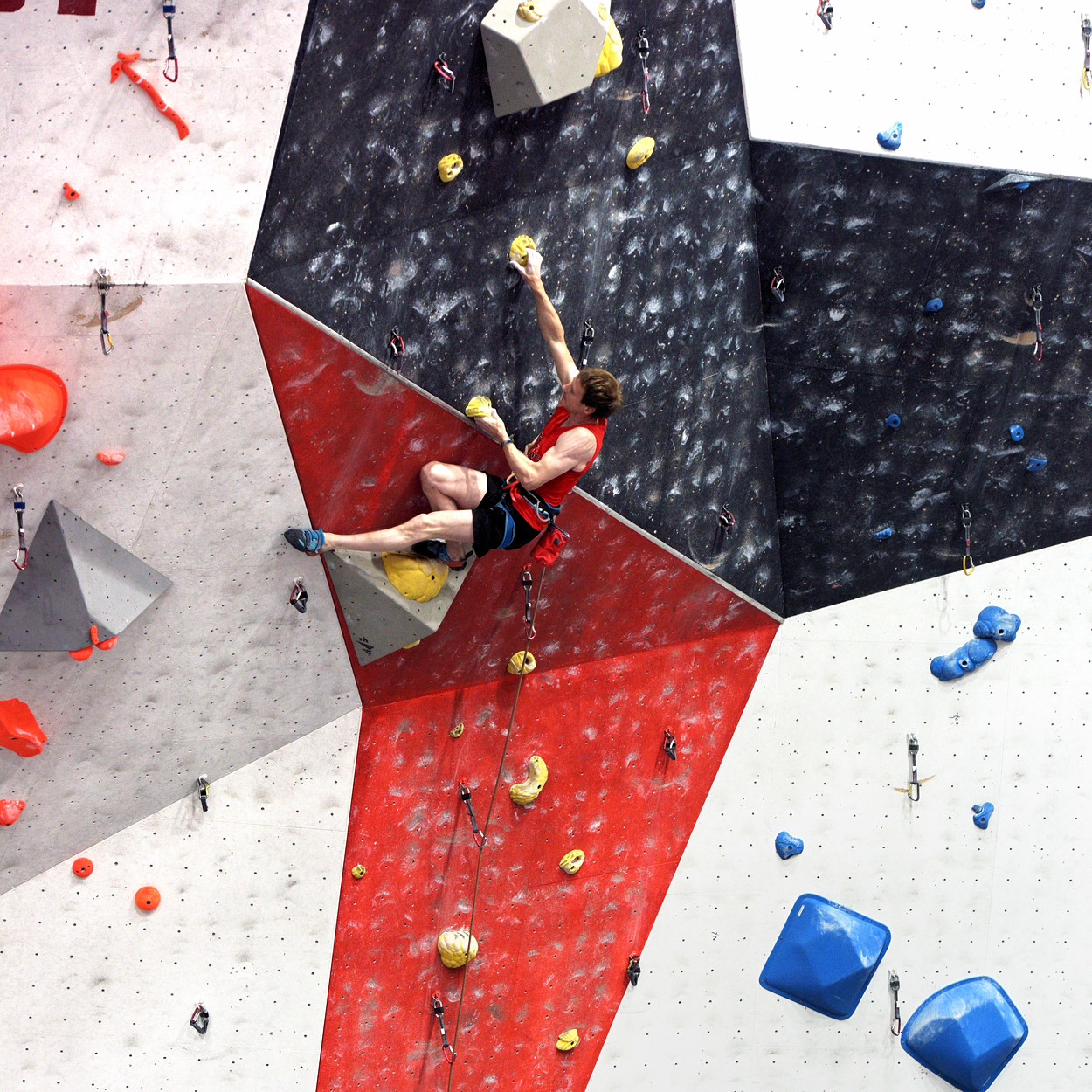 As we reported in our first article on the reopening of climbing walls the efficacy of liquid chalk was being researched in the US. Subsequently, GymClimber has published a piece which considers this in some detail (here).

We’ll look at the efficacy of liquid chalk shortly but firstly a bit of background on hand sanitisers and disinfectants. It’s important to note that hygiene experts, as well as health organisations such as World Health Organisation (WHO), the National Health Service (NHS) and Public Health England (PHE) all agree that to be effective and kill (most) viruses hand sanitisers should have at least 60% alcohol content. Whilst it is known that some viruses are more resilient to disinfectants than bacteria, fortunately, in the current pandemic, 'envelope viruses' – such as the coronavirus – can be eliminated by the use of alcohol-based disinfectants including hand sanitisers providing they have at least 60% or more alcohol content. For the record, Norovirus and Rhinovirus, can’t be eliminated in this way. Similarly, the WHO suggests that disinfectants are most effective when the alcohol comprises 70-80% (by volume); the remaining 20-30% being water.

Again it’s important to note that water plays an important part in the elimination of the viruses. Firstly, water helps slow down the rate of evaporation so that the alcohol has more time to come into contact with the virus cells. Secondly, water also helps the alcohol to penetrate the cell membrane which then denatures the proteins within the virus-cell and in turn kills the virus-cell.

Whilst hand sanitisers are widely advocated by health professionals in combatting gems and as an effective protocol in many circumstances research has found that hand sanitisers are less effective, and may not work if applied to hands which are visibly dirty or covered with grease/oil; in such circumstances hand washing with regular soap and water remains the gold standard.

So then let’s now turn to liquid chalks which are a suspension of Isopropyl Alcohol (IPA) and chalk.  Historically, liquid chalks have typically contained as little as 25-40% alcohol content – well below the 60% threshold required to be an effective hand sanitiser. In recognition of this many liquid chalk manufacturers announced plans early in the pandemic to increase the IPA alcohol to 70% or higher.

So will then the new generation of liquid chalks act as sanitiser/disinfectant? The short answer is that the position on that is far from clear but probably not! Dr Andrew Abeleira, the analytical chemist, air quality researcher and climber who authored the GymClimber article, argues that despite increasing the alcohol content to c.70% liquid chalk won’t be an effective disinfectant. Whilst recognising that the increase in alcohol content might have “some increased effectiveness as a disinfectant” Dr Abeleira argues that the new generation liquid chalks will still lack sufficient water and hence the evaporation rate will be too high to allow the alcohol to enter the virus-cell. He further comments that even if climbers reapply liquid chalk to their hands before climbing again, the dirt on their hands might – as noted above – may well be sufficient to prevent effective hand sanitisation. Finally, noting that when climbers use liquid chalk they wait until the alcohol has evaporated before climbing Dr Abeleira concludes: “it [liquid chalk] is completely ineffective in killing any potential viruses on the climber’s hands, and more importantly, on the holds on the wall.” So whilst new generation liquid chalks might not help in the disinfectant battle against coronavirus it might still have a role to play as Dr Abeleira notes. The suggestion is that by reducing airborne chalk dust then it might help reduce the spread of Covid-19 at climbing walls.

For starters, let’s just look at air quality and coronavirus more generally. Whilst there are numerous symptoms of coronavirus it has been found that people with severe Covid-19 are, respectively, two and three times as likely to have pre-existing respiratory and cardiovascular problems. Early in the pandemic scientists suspected that air pollution might not only be linked to coronavirus but it might, in fact, be turbo-charging it!

The scientific community are aware that air pollution may be important in three different ways. Firstly, higher death rates from lung and heart-related illnesses. Secondly, pollutants inflame the lungs and that, potentially, may make catching Covid-19 more likely. Finally, pollution spreads the virus further. Preliminary studies have indicated that the spike in coronavirus infections in northern Italy was coincident with a spike in airborne PM (Particulate Matter). That finding ties in with a known link between the 2003 Sars outbreak and dirty air. Some good news emerging from the lockdown is the reduction in premature deaths coming as a result of the lower levels of air pollution.

Chalk on the floor inside a climbing wall looks messy but left undisturbed it isn’t causing air quality problems. However, the use of loose chalk coupled with poor ventilation and high occupancy during busy periods has been shown to increase indoor PM levels higher than those measured outdoors. The fine airborne particles are those which are causing the issue; specifically, particles of 10 microns or smaller are inhalable and hence are the ones causing potential health issues. It is understood that 90% of chalk dust is 5 microns or less; they’re so small that they can remain airborne for days in still air. When climbers try hard when climbing indoors respiratory rates increase and that means more PM can get sucked into climbers’ lungs and the velocity they enter means that they penetrate deeper into the respiratory tract. Small particles of 5 microns or less can enter the lungs and bloodstream where they build up and cause health problems. Currently, however, there is no known research on the effects of breathing in chalk dust.

Notwithstanding the potential benefits of liquid chalk, public health experts and hence the ABC and climbing walls operators, will promote accepted hygiene protocols of handwashing and minimising touching your face whilst at the climbing wall when they finally reopen. Whether you’ll be asked to use liquid chalk by the wall management or you decide to use it yourself, reducing the airborne chalk particles can only be a health benefit it would appear.

Currently, the Government are due to make an announcement on July 4th about reopening leisure facilities such as climbing walls in England. Watch this space!

« Back to Indoor Climbing