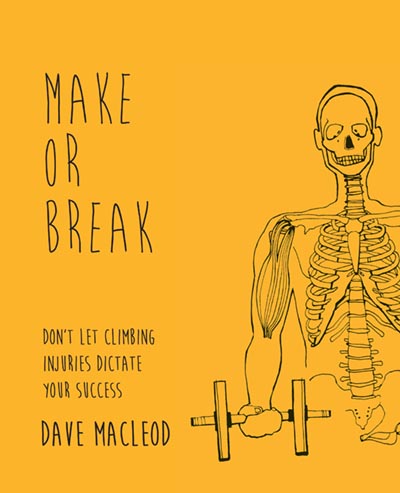 Sadly, most climbers pick up injuries during their climbing careers. At worst, our injuries can define us as climbers restricting what we can achieve both in the short and long term. At best, we recover from our injuries reasonably quickly, in a matter of months, and we go on to bigger and harder climbs thankful that we’ve ‘pulled through’. Climbing is a complex and dynamic sport which puts massive demands on our bodies. Spotting a developing injury is not always as easy as you might think and then by the time we’ve finally recognised that there really is a problem what might have been a partial tear or a minor tweak has gone past the acute stage and developed into a major chronic problem. As ridiculous as it sounds, accepting that we have an injury is often the hardest part – denial amongst climbers seems very strong. However, once we accept that we need treatment it’s a case of identifying where to go. For many climbers that might be ‘the usual physio’, especially for a relatively simple injury, however, it might need a specialist if it’s a more complex injury. Getting the right treatment involves a degree of ‘pot luck’ and once on the treatment bench it’s often the case that we ‘sign ourselves over’ to the professionals, be that a physiotherapist, osteopath, chiropractor, surgeon or whatever, for the treatment. Injury rehab often feels a bit like jumping on a train in a foreign country – you’ve no control over the journey and there’s not much else you can do other than hope that got on the right train in the mad rush to leave.

Now perhaps, given Dave MacLeod’s latest book Make or Break, rehabbing from a climbing injury might be easier. MacLeod’s first book, 9 out of 10 Climbers Make the Same Mistakes, become an international bestseller fuelling the ambitions of many on their way to harder climbs. Make or Break, MacLeod’s latest, is all about climbing conditions and injuries: what causes them, what signs we might have ignored which lead to the onset of the injury, what we can do to help ourselves in the recovery phase as well as how to get professional help from appropriate specialists to speed that crucial recovery. Make or Break introduces the notion that injured climbers have to ‘manage’ their own injuries and make sure that they get the right help from the right specialist.

Tucked away at the rear of Make or Break, MacLeod outlines his personal injuries. Without a doubt, it’s an especially fine catalogue of injuries as well, perhaps one of the finest lists amongst top climbers. Many climbers will have an empathy with MacLeod’s injury list: fingers, elbow, ankles, nerve compression, torn ligaments and muscles, chipped and broken bones, the list seems almost endless, bones as well as soft tissue. One of the conditions MacLeod suffered is worthy of mention, an on-going bout of Golfer’s Elbow, a common and debilitating condition which sadly affects many climbers. After suffering for nearly two years he started, in desperation, a recovery treatment of eccentric exercises. However, two weeks into said rehab his elbows were worse than ever. Concerned that the eccentrics were doing more damage than good he backed off the treatment. After a ‘rest’ period he started again only to have the symptoms return. Eventually, he got a referral to a specialist in London who confirmed that the treatment was indeed correct and that he should expect an initial worsening of the symptoms. Somewhat counter-intuitively it seems, the specialist further advised that MacLeod should increase the repetitions and continue with the eccentrics despite the initial worsening and that eventually, the condition would resolve. MacLeod took the advice. Predictably, his elbows initially got worst (again) but then improved and after six weeks he was capable of enduring three-hour bouldering sessions without pain. The episode did two things for MacLeod, it demonstrated the importance of getting and following the appropriate professional advice plus it provided the catalyst to write Make or Break. It’s a powerful story and climbers everywhere should all be thankful that Dave has committed so much time researching injuries and their treatment and then shared that info with us.  It will make our own journey through our climbing injuries all the less problematic as we now have the benefit of Dave’s research to speed us on our way to recover.

It’s worthwhile – perhaps vital – that readers should understand how MacLeod intends Make or Break to be used. Although he holds a BSc in Physiology and Sports Science as well as a MSc in Medicine and Science in Sport and Exercise, MacLeod is at pains to point out that Make or Break is not a medical book nor is he a doctor. MacLeod asks that Make or Break should be used as a starting point to identify options for dealing with injuries and that anyone who is injured should seek the appropriate medical professional before making decisions on treatment and taking action.

So, now that we have the background and ground-rules laid out, let’s dive into Make or Break and the advice therein. The text breaks naturally into four sections: the opening section of the first five chapters covering general topics related to injuries. Then there’s a section related to young climbers after which a further five chapters are dedicated to injuries related to specific body parts: elbow, fingers, wrist, shoulder and then finally, the lower body. Finally, there’s a chapter which outlines further reading and a section where Dave shares his own injuries, as well as a glossary and a (humongous) reference list.

Make no mistake, Make or Break is a serious and comprehensive text. Readers should, as MacLeod advises, read the first five chapters to get the background to injuries as well as the specific chapter that deal with whatever injuries they might have. The text has an undeniable medical textbook feel to it. MacLeod himself caveats this aspect of Make or Break thus, 'The parts of the book that involve collating scientific and medical research about the injuries climbers suffer are inevitably quite intense. In places, when it comes to the details of specific conditions and injuries, it reads like a medical textbook. It has to. Digesting all the information you need to overcome your climbing injuries is not an easy task. I have tried to present the information as clearly as possible without oversimplifying the picture to help you make the most informed decisions possible'. It’s a very fair and reasonable point to make and most readers, I should imagine, would agree. If you’re after a light and fluffy read pick up a kid's comic or perhaps a daily tabloid instead.

Let’s look, to start with, at the first five chapters of Make or Break which are so rammed with facts and advice it’s like a treasure chest. Amongst the thousands of gems there’s a number of stand-out points ranging from how climbing injuries occur to how they should be managed. MacLeod asserts, 'climbing injuries rarely come out of the blue'. However, he recognises that it remains very difficult to spot injuries, 'the first hint that we have overstepped what our bodies can handle comes when it’s too late: the damage has already occurred'. As MacLeod then goes on to say, whilst it’s too late to avoid what might be a nasty injury along with a long rehab period, it isn’t too late to 'investigate and attempt to correct the source of the susceptibility'. In other words, learn the lessons and change the environment to prevent re-injury; sage words/suggestion indeed.  MacLeod also talks about how the complex nature of climbing, linked with the lack of specialised knowledge and investigative techniques within climbing contribute to the on-going difficulties in avoiding injuries. Sadly, this is likely to remain thus for the foreseeable future given that climbing is both a minority and largely recreational, rather than professional, sport. Another central plank of the MacLeod thinking and 'take home' advice from Make or Break is that the injured climber 'must take control of managing your response' in others words, research and manage your own injury with input from appropriate specialists.

Also included within the early chapters of Make or Break is advice on how to remove the causes of injury to both prevent an injury and for treatment, how and when to rest, when not to rest as well as what to do during rehab of an injury. MacLeod, reflecting the modern and more progressive approach to recovery, suggests that a few days past the initial injury, and providing that the injury doesn’t involve a complete rupture of a tendon or ligament, movement and loading of the injury should be re-introduced and slowly maximised whilst taking care not to cause further injury. MacLeod also advises that activity of the whole body should be encouraged during injury rehab, especially the opposing limb in the case of an arm or leg injury and that, in many cases, will help minimise losses in other areas. Advice is also included on how to warm-up and on lifestyle issues such as sleep, intermittent training, alcohol, rushing and training tired as well as nutritional advice.

The later chapters, seven through to 11, MacLeod dedicates to describing the background to, and rehab for, injuries to specific areas of the body. If you want to get to grips with anything from Morton’s Neuroma (pain in the forefoot) to Dupuytren’s Contracture (loss of extension of ring and little finger) this is the area of the text you should progress too once you’ve read the initial chapters. MacLeod cites that 75-90% of climbers get an injury at some point and that the most common injuries are to fingers and elbows followed by shoulders. No surprise then that these chapters are lengthy and the discussion of these injuries thorough. Chapters on injuries to wrist and to the rest of the body conclude the detailed injury-specific chapters. For most of the injuries MacLeod outlines the anatomical and biomechanical aspects as well as the typical causes of the problem before, finally, giving established rehab protocols including stretches and/or strengthening exercises as well as medical/surgical interventions when appropriate. For many climbers, these areas of the text will be well-read.

In summary, and as noted earlier, Make or Break is a comprehensive, research-based text. It’s a well-written book and is, therefore, a highly recommended read both for injured climbers as well as those looking to avoid injury. Whilst it’s not as sexy a subject as that of MacLeod’s first best-selling book, Make or Break is an extremely valuable text and a testament to the author and his dedication to climbing and to climbing literature and should be on every climbers ‘must-read’/’must-own’ book list.

Reviewer Footnote: I’ve reviewed Make or Break as a climber. I’ve no medical knowledge nor am I a sport scientist. However, like Dave MacLeod and many of the readers for which this book is intended, I’ve been climbing for years and have suffered many injuries during that time which have been treated by a variety of specialists using disparate protocols with differing success.